Hundreds of Americans parted with police dog from Slovakia

A US POLICE dog named Sultan was shot dead when pursuing a criminal; he had an official burial attended by hundreds of people. 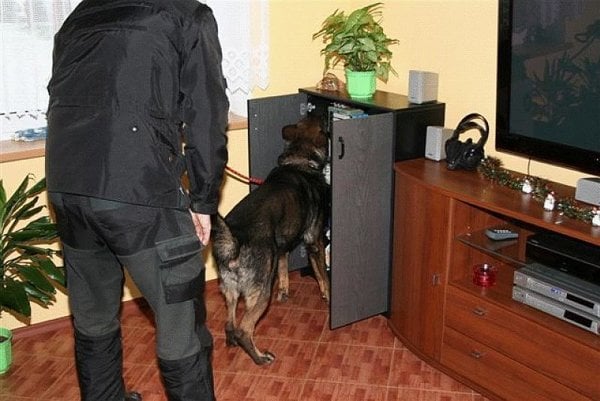 The cross-bred Belgian shepherd (Malinois) and German shepherd, from Slovakia, was part of a California police team since September 2013.

The dog helped officers find drugs, trace and detain suspects. On January 21, he was involved in a search for Allen Hodge, aged 36, wanted for illegal possession of firearms. Hodge was supposed to testify but ignored the summons and failed to appear at court.

He was spotted in the town of Heme, police spokesman Albert Martinez said. Police however needed a dog to locate him precisely, the www.people.com website wrote. Sultan managed to find Hodge, who shot him during the police operation. The dog was hospitalised in a local vet clinic, but died in spite of being immediately treated by doctors.

However, he was not the only fatality of the operation: Hodge refused to surrender and after he appeared with a gun in his hand, he was shot by police.

When learning this, he felt as if he had lost a colleague, deputy sheriff Geoff Raya said, adding that they feel almost no difference between two-legged and four-legged police officers – all are part of the Riverside police team.

Sultan was buried in mid February in Riverside, California, with hundreds of people participating.