BANSKÁ Bystrica Regional Governor Marian Kotleba is facing further allegations of nepotism after it surfaced that apart from his two brothers he has recently provided work to his wife, Pravda daily reported February 24. 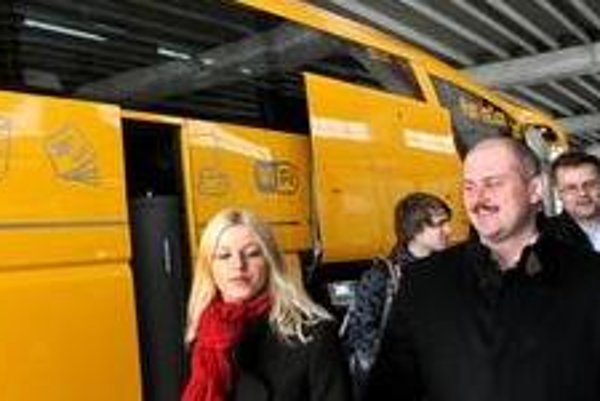 Kotleba's wife Frederika is working for Banská Bystrica Regional Road Administration (BBRSC), which comes under the remit of the regional authority. She is working as an official entrusted with handling employee complaints about anti-social activities.

The legislation that BBRSC was referring to in its statement should provide legal protection to employees who decide to report illicit practices committed by colleagues and also by their superiors.

"It's absolutely at odds with the purpose of the legislation to choose a relative of the respective regional governor for such a post as it indicates nepotism," said lawyer Pavol Nechala, as quoted by Pravda.

BBRSC decided to create the post based on a law that came into effect as of January, according to the TASR newswire.

BBRSC failed to comment on whether Frederika Kotlebová was invited for a regular job interview in order to get the job and whether she meets all the criteria. Pravda notes that Kotlebová is reported to have only completed secondary school.

Lawyer Pavol Nechala told the daily that the legislation in question does not oblige companies with more than 50 employees to create such a position, however.

Pravda further noted that the governor's brother Martin has been heading the institution's financial department for more than six months. Kotleba's other brother Marek is working for the Regional Government Office as an official for internal affairs.