Will cider repeat the radler miracle?

SOME four years ago radlers, a mixture of beer and lemonade, revived the declining beer market in Slovakia. Now the country's two biggest beer producers want to repeat that success with cider. 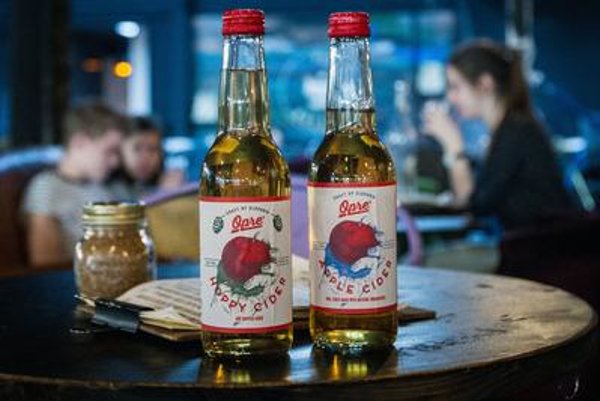 “Cider may repeat successful sale of radler in case strong promotion addresses a sufficiently large group,” Ľubomír Drahovský, analyst of the Terno agency, told the Pravda daily. “Each extension of the assortment offered for sale is good for consumers as this extends from what to choose.”

Breweries in Slovakia increasingly expect more from beverages going away from classical beer. While beer is part of radler, cider is comparable with beer only with the content of alcohol. Generally the content of alcohol in cider ranks from 4 to 6 percent. Marketers will target non beer drinkers.

Both biggest breweries in Slovakia equally claim that the category of ciders is one of the most quickly growing categories of alcoholic beverages in developed beer markets and can become a sought-after beverage of women, sports people, older people and the urban population.

The Dutch concern Heineken has started brewing cider in its brewery in Hurbanovo in late January while SAB Miller’s Pivovary Topvar exports it from its plant in the Czech Republic.

“This category of beverages grows the most in the world, faster than beer and wine,” said Hana Šimková, spokewoman for Heineken Slovensko as cited by the Sme daily.

Heineken Slovensko has invested nearly €4 million into a new production unit with the annual capacity 150,000 of hectolitres. It will brew cider under the label Strongbow for six countries, apart Slovakia also for Hungary, the Czech Republic, Poland, Austria and Croatia. For now it will brew cider with 4.5 percent content of alcohol.

SAB Miller decided to launch cider in Slovakia after its last year’s success in the Czech Republic, a typical beer drinking country. It produces its cider under the label Kingswood in Pilsen. As Miroslava Remenárová from the Slovak arm of SAB Miller, Pivovary Topvar said, experts tuned in the taste of their cider for Slovak and Czech consumers. After they launched their cider on the Czech market, they acquired 50 percent of the market.

But some small breweries do not share optimism of large beer producers.

“Our company thinks that the Slovak market is not prepared for this kind of beverage and according to us, this even does not belong to the beer segment,” Branislav Cvik from the Banskobystrický Pivovar brewery told Pravda, adding that the high-blown marketing bubble would burst after some while. “Clients preferring beer will remain faithful to traditional beer taste, but we do not exclude that they would taste this beverage just out of curiosity.”

Radlers enlivened the beer market and helped bring back declining beer sales in Slovakia some four years ago.

“After two years of decline we registered the year-on-year increase of the volume of our beers of about 4 percent in 2011,” Jana Hypšová, the then spokeswoman of Heineken Slovensko told the Hospodárske Noviny in April 2012.

Consumption of beer in Slovakia decreased especially after the increase of the excise tax on beer in 2003 and 2011. The average beer consumption in 2014 was up to almost 73 litres per capita, according to the Slovak Statistics Office.

While radlers were not unknown in Slovakia before, it still took a massive promotional campaign to make it a summer hit in Slovakia. Other breweries followed success of Heineken and began to produce radlers, too. Now all significant breweries in Slovakia brew and sell radlers with flavours ranking from lemon up to more exotic like ginger. Non-alcoholic versions are also very popular.

Odin Goedhart, general director of Heineken Slovensko told Sme back in June 2014 that radler is the answer to tastes of young people used to sweet beverages from a young age. Moreover, young people are more prone to experiments and try radlers or other innovations.