THERE are comparatively fewer migrants but more smugglers on Slovakia’s eastern border with Ukraine. And the smugglers are ever more sophisticated using water, tunnels and air to bring illegal goods into the European Union. 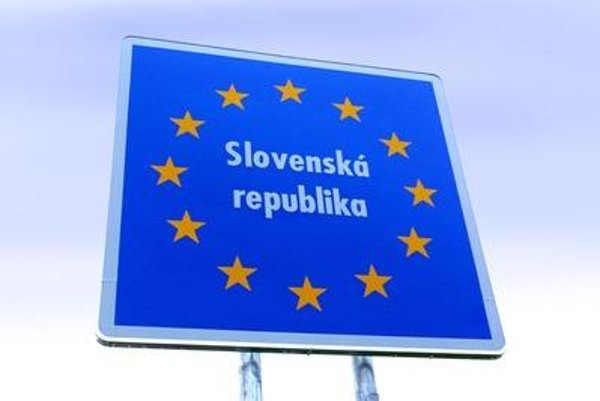 Police statistics record a decline in illegal migration on the Slovak-Ukrainian border year-on-year. When it comes to smuggling, the number of cases has increased but fewer cigarettes were seized last year than in 2013.

“Illegal migration on the outside (European Union) border with Ukraine has been decreasing every year,” Border- and Alien Police Presidium (RHaCP) spokeswoman Agnesa Kopernická said, as quoted by the Michalovský korzár newspaper. “While in 2013, RHaCP Sobrance officers detained 395 foreigners, in 2014 there were 220 of them; meaning a decline by nearly one-half.”

In 2013, most migrants were Ukrainians, Afghanis, Somalis and Georgians; while last year refugees from Afghanistan, Ukraine, Somalia, Syria and Vietnam were among the most common emigre nations.

“The biggest group of migrants, counting 30 members, was detained by RHaCP officers in Slovak interior, though no violation of outside border from Ukraine to Slovakia was found,” Kopernická said. “The biggest number of smuggled cigarettes – 300,000 pieces – was seized on the border river Tisa.”

Border police confirm that in recent years, smugglers have tried a variety of ways to get their goods across the guarded area – via barrels on water, cargo carriages, through an underground tunnel, but also by air. Apart from more traditional methods of smuggling also drones are ever more used to smuggle goods.

Although Slovakia has so far not recorded any incidents of this hi-tech smuggling method, police have nonetheless began modernising its technical systems. Quadrucopters loaded with cigarettes are said to fly over the border, several dozens of metres high. They can travel dozens of kilometres and deliver goods, mostly cigarettes, to a precisely planned site. The device flies on a pre-programmed route navigated by GPS, or is navigated remotely. Very powerful drones can fly as much as 70 kilometres, landing at a pre-planned place, before returning back to the starting site. The bearing capacity depends on the performance of the drone, with some able to fly 20 kilograms of load.

Kopernická confirmed that although drones have so far not been detected on the outer border with Ukraine, but smugglers have tried to use air transport. “Previously, we were informed by the State Border Service of Ukraine about the confiscation of five motor-propelled hang-gliders that helped smuggle goods over the joint border,” she said.

“In the past, we managed to uncover and detain, in cooperation with the Ukrainian border control, a motor hang-glider that flew cigarettes across the common border,” Presidium of Slovak Police Corps spokeswoman Denisa Baloghová told Michalovský korzár. “It was detained on Ukrainian territory.”

Baloghová added that Slovak police have technical devices to detect movement of low flying transport, “but not to seize these means in the air”. In such cases, Slovak police would immediately contact the Ukrainian side and call on them to discover and seize them, together with detaining the perpetrators.

Kopernická specified that police have the air space over the state border with Ukraine under their control. Between Slovakia and Ukraine, there is the so-called “identification zone of anti-aircraft defence that has been established as stretching for five kilometres from the inside along the state border of Slovakia with Ukraine,” she said.

Kopernická added that any airplane commander intending to make an intrastate flight in the identification zone must give information in Slovak to the military checkpoint in Zvolen, 30 minutes before entering this zone at the latest including registration of the plane, type, time and place of entering or leaving the zone, route or the site of activity and altitude.

If the flight was strays across this restricted area, aviation law is violated, as well as due legal norms for civil aviation, and pilot committed a misdemeanour against the aviation law, the RHaCP spokeswoman said.