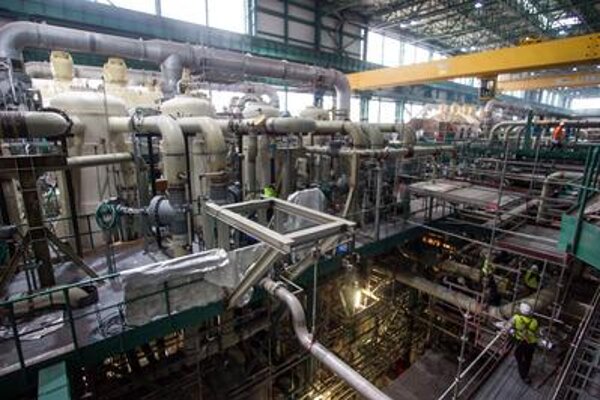 Fortum is already communication with SE’s majority owner, Enel, has not confirmed its interest officially, according to  the Hospodárske Noviny daily,

“We’re seeking opportunities for growth,” Fortum spokeswoman Helena Aatinen told the daily. “We keep saying that we’re interested in various projects. It isn’t our policy to comment on any speculation, however.”

The Finnish company has allegedly acquired all necessary data related to the due diligence process that precedes a purchase. Fortum’s rivals are rumored to be the Czech company ČEZ, Hungary's MVM Group in a consortium with Slovakia’s Slovnaft, and Czech-Slovak financial group Energetický and Průmyslový Holding (EPH). Media have also speculated that the China National Nuclear Corporation (CNNC) is interested.

Enel is expected to assess preliminary bids by April.

Fortum is established in many European countries, including Poland, Russia as well as Scandinavia and the Baltic states. Among Fortum’s advantages is that the company is supposed to participate in the construction of the Oikiluoto nuclear plant in Finland. The new SE investor is expected to successfully complete the construction of remaining two units of the Mochovce nuclear power plant. The uncompleted Mochovce is listed as one of possible obstacles in fulfilment of the Enel’s plan to sell its 66-percent stake in SE. The project is not only becoming more expensive and delayed, but the extremely low prices of electricity as a commodity raise a question whether the project is viable at all.

“This [entry of Fortum] may bring in an experienced strategic partner in the nuclear energy sector,” Michal Šnobr, energy analyst of J&T Bank told Hospodárske Noviny.

The Economy Ministry did not comment whether the Finnish company would be a preferred partner for the state. Ministry spokeswoman Miriam Žiaková said that the share in SE is being sold by Enel, not the state.

Earlier this month Prime Minister Robert Fico indicated that state is also considering increasing its share of SE. The state holds a 34 percent stake in SE, at present.

“The cabinet is interested in using proceeds from the sale of useless share in Slovak Telekom to strengthen the position of the state in strategic energy companies including Slovenské Elektrárne,” the cabinet’s office wrote, declining to elaborate, the SITA newswire wrote. “We will introduce details only after they will be known.”

The cabinet is considering to use the estimated €1 billion it will raise by selling its 49-percent stake in Slovak Telekom.

The state has not submitted any bids to acquire any share in SE so far. As it stems from the shareholders’ contract the vEnergetike.sk website dedicated to energy topics has at disposal, the state has no pre-emption right for shares offered by Enel for sale. The state also cannot block the sale at a shareholder’s meeting of SE because the contract reads that there is not needed any agreement of the general assembly to carry out the sale.