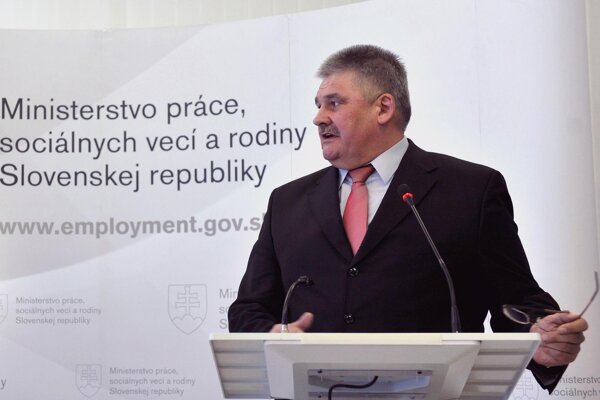 The main goal of the strategy is to increase the employment of people aged between 20 and 64 years to 72 percent, which is one of the goals of the Europe 2020 strategy. The key sector should be industrial production, but also employees in trade and services should keep their jobs, the document states. At the beginning of 2014, 65.4 percent of Slovaks in this age group were employed. The goal, however, cannot be accomplished without cooperation between several ministries, said Prime Minister Robert Fico.

“There is an impression in Slovakia that it is the labour minister who answers for creating new jobs, but this is a responsibility of all government ministries,” Fico told the press, “and the national strategy is prepared with this in mind.”

Fico said the document was prepared in cooperation with representatives of trade unions, employers, academia and non-governmental experts. Not everybody is as optimistic as the prime minister.

“There are no measurable indicators, except for those of the Europe 2020 strategy, which is not good,” Michal Páleník of the Employment Institute told The Slovak Spectator.

According to Páleník, a distinct connection between various ministries is lacking. The Labour Ministry says it will establish a joint platform where several ministries will have representatives by March 31, 2015. Its task will be to coordinate, evaluate and implement the specific tasks, ministry spokesman Michal Stuška told The Slovak Spectator.

“There is also a question whether it will not end like many other strategies which exist but are not actually implemented,” Páleník added.

The strategy is based on three pillars: job placement for graduates, integration of the long-term unemployed and social companies.

The first pillar includes reform of the vocational education system. The government plans to systematically learn more about current occupations and what skills employees need to perform certain work.

“Based on this we will say what and to which extent students will learn at various types of schools,” Fico told the press, adding that thanks to this strategy the schools will produce graduates that employers need.

As for the long-term unemployed, the government plans to involve them in several programmes within which they will reestablish working habits and also some experience directly in companies. There were some 203,000 people who had been without a job for more than 12 months in December 2014.

The last pillar includes the establishment of social companies, which in Europe employ about 11 million people (or 6 percent of labour force). This concerns firms which invest their profits into their own activities.

Slovakia had already established such firms during the rule of the first Fico government (2006-2010), but they ended up linked to several scandals. According to State Secretary of the Labour Ministry Branislav Ondruš, the firms should be restored following the successful models across Europe, as reported by the TASR newswire.

The changes will be financed from EU funds allocated for 2014-2020, Stuška said.

The Federation of Employers’ Associations (AZZZ) considers the document “a good starting point and platform of solving this serious issue”, said its Executive Director Branislav Masár. Also the Confederation of Trade Unions (KOZ) perceives the document as an impulse to boost employment, though it lacks some basic aspects, like institutional anchorage of the strategy or the specification of a financial framework, said KOZ spokeswoman Martina Nemethová.

The National Union of Employers (RÚZ) says the document lacks the features of good strategy, especially the measurability of partial goals. It also does not set which measures will have a priority and is based on the disputable opinion that domestic consumption is necessary to drive rising employment, said RÚZ.

“The effort [to adopt] measures to increase or keep the competitiveness of Slovak economy is completely absent,” Martin Hošták, the RÚZ’s secretary, told The Slovak Spectator.

The strategy, authored by the Institute for Labour and Family Research (IVPR), cost €160,000, paid from the European Social Fund within the Operational Programme Employment and Social Inclusion. A total of 22 authors worked on it for 10 months, with their rewards costing nearly €112,000, the Trend economic weekly wrote.

While the Labour Ministry and the IVPR say the sum for the strategy is appropriate, several experts consider it exaggerated, especially regarding its content. Peter Goliaš, head of the Institute for Economic and Social Reforms (INEKO) think tank, told Trend he would not buy such a study as he does not see any added value in it.

According to Martina Klubicová, partner at Synergie recruitment firm, similar analyses should be objective, work on specific statistics of the market and contain evaluation of already implemented measures.

“Though the study attempted to encompass all these areas, it was very theoretical and vague,” Klubicová told Trend.