Amid a lack of tangible statistical data, employer groups continue to insist that reforms to the labour code in recent years are harming economic and job growth. 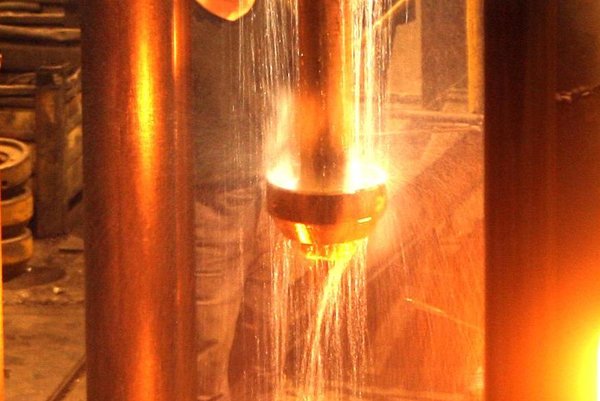 Prime Minister Robert Fico’s government revised hiring rules went into effect in 2013 and aimed to redress the imbalance in the relationship between employees and employers, they said, improving working conditions for employees. At the time employers expressed concerns that the changes may worsen business conditions amid tough economic times and bring more red tape.

Soon after taking power in a landslide election victory in March 2012, Fico’s second government reintroduced a law that guaranteed a layoff notice period as well as to severance pay. It shifted the status of people working under “na dohodu” work contracts closer to that of regular employees in terms of working hours and minimum wage. It also curbed the ‘chaining’ of fixed-term employment contracts. The revision also changed the definition of permanent employment. All the measures were designed to expand fuller rights and protection to a wider share of the workforce.

More changes to the law on collective bargaining at the beginning of 2014 brought the possibility that higher-level collective (HLC) agreements can be extended to all firms in a given sector - regardless of whether a firm has agreed to do so.

Employers’ organisations and labour market experts consider the entitlement to a layoff notice period as well as severance pay, stricter conditions and less flexibility to employ workers under fixed-term contracts as well as increased power and protection of trade unions as the changes with the most significant negative impact. They opine that concerns of employers from when the law was under discussion have proven valid.

“Every measure making the labour relationship legislation less flexible has a negative impact on the labour market,” Martin Hošták, the secretary of the National Union of Employers (RÚZ), told The Slovak Spectator. “While it is difficult to assess how the labour market would look if the revision of the Labour Code were not adopted, making hiring and firing more difficult increases costs of employment and thus also decreases motivation to create new work positions.”

According to Róbert Kičina of the Business Alliance of Slovakia (PAS), higher transaction costs and lower willingness of employers to employ people under standard contracts were the main negative features of the revised Labour Code and they are also today, even though the changes did not worsen the Labour Code radically.

“The labour market is not very dynamic and hiring and layoff of employees is more expensive than it was before the amendment was adopted, let not say about the Labour Code from 2004,” said Kičina.

Markus Halt, spokesman for the German-Slovak Chamber of Commerce (SNOPK) opined that the revised Labour Code made hiring and firing more costly, which may have contributed to the zero growth of employment in 2013.

“As that year was economically difficult and also included a hike of corporate taxes, it is hard to tell how strong the actual impact was,” Halt told The Slovak Spectator.

The following year of 2014 saw a slight revival of employment which employers insist could have turned out even better if flexibility on the labour market had been higher. On the other hand, it may have also been the general uncertainty caused by the Ukrainian crisis and the sanctions which prevented stronger growth of employment, according to Halt.

Vladimír Tonka, general secretary of the Union of Employers of Power Industry in Slovakia (ZZES) said that while it is not possible to specify all the impacts or how many companies ceased to exist or how many people were laid off due to HLC agreements, as there are no such statistics, this measure cannot have a positive impact on the business environment and the labour market as trade unionists via HLC agreements can unilaterally influence setting of labour and wage conditions at employers who are not members of employers’ organisations without their consent.

HLC agreements have been extended in 15 sectors including production of metals, passenger transport, production of motor vehicles and construction of buildings, according to Tonka.

“But the truth is that the extent of impacts and influences is very individual,” said Tonka, adding that while for some companies the extension of a HLC agreement might be difficult and even liquidating, for somebody else it may be marginal or none, depending on setting of working and wage conditions which differ within sectors, as performance and economic conditions are different.

The American Chamber of Commerce in Slovakia (AmCham) believes that extensions of the applicability of HLC agreements have brought only more uncertainty into labour relations.

“In spite of the fact that within AmCham some companies have a long tradition with collective bargaining, all share the opinion that extension of applicability of HLC agreements without the consent of the employer on whose their applicability should be extended is illegitimate and damaging for the local business environment,” writes AmCham. “Unfortunately, for many investors such a scope of uncertainty in management of labour force and possibility to foresee and guarantee trade and price conditions is unacceptable.”