Job growth to continue but pace to slow in 2015 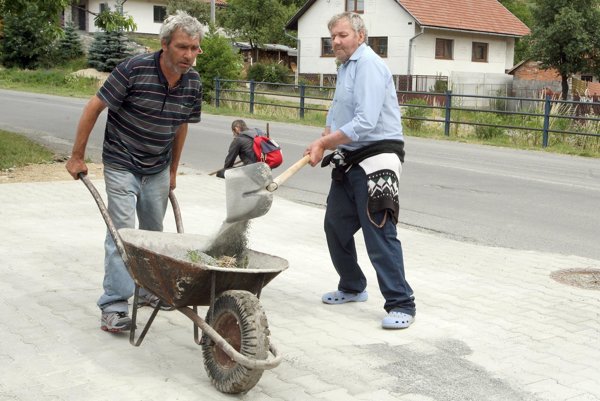 The average jobless rate, calculated by the Central Office of Labour, Social Affairs and Family (ÚPSVaR) based on unemployed who are ready to take a job, the so-called registered unemployment rate, amounted to 12.79 percent in 2014 (or 345,149 people), down by 1.32 percentage points (35,590 persons) compared to 2013.

Such average unemployment rate is nearly as low as it was in 2010, according to Labour Minister Ján Richter.

34Certainly various steps we offered within the projects to help young unemployed below 29 years of age, but also regional measures, helped to achieve this,” Richter told the press, as quoted by the TASR newswire.

One of the positive developments in 2014 was the drop in the jobless rate in some groups at risk. The number of jobless aged 29 or less, for example, fell by 9,323 people between January and December 2014, the minister said. Totally 113,073 people were registered with the labour offices in December.

Though there were some positive steps in 2014, caused also by the changes in active labour market policy, it is a question whether the state could not have done more for the money allocated for this sector, Michal Páleník of the Employment Institute said. According to him, while the number of jobless decreased, the unemployment rate of people who have been without job for more than three years increased significantly by 10 percent year-on-year to more than 100,000.

“In my opinion we have wasted the time which could be devoted to more fundamental systemic measures focused on improving the situation in the labour market, Martin Hošták, secretary of the National Union of Employers (RÚZ), told The Slovak Spectator.

The registered unemployment rate was 12.29 percent in December 2014, a decrease by 1.21 percentage points compared with the previous year. In monthly terms, however, it increased slightly by 0.04 percentage points. The labour offices registered 331,733 people ready to take a job in December, up by 1,216 persons compared to the previous month. In annual terms, the number of job seekers dropped by 32,492.

The jobless rate among the total number of job seekers shrank by 0.01 percentage points month-on-month to 13.85 percent (or 373,754 persons) in December, while it dropped by 0.93 percentage points on an annualised basis. The average unemployment rate for all of 2014 was 14.29 percent, down by 1.09 percentage points compared to 2013.

Though statistically the development of unemployment and employment has improved, the positive macroeconomic indicators are not enough to increase employment, said Confederation of Trade Unions (KOZ) spokeswoman Martina Nemethová.

“The companies get along with the capacities they have,” Nemethová told The Slovak Spectator, adding that labour productivity, which is often not sufficiently evaluated in money, is increasing. “There are still, however, the problematic groups of job seekers.”

The Labour Ministry lists several measures it adopted in 2014 as leading to falling unemployment rates. These include the increase in minimum wage from €352 to €380 a month, or the amendment to the law on material need which allows an individual contribution to long-term unemployed who find a job, said ministry spokesman Michal Stuška.

The ministry also prepared the amendment to the law on employment services which includes the right for a first job under which employers get a special contribution if they create a job for people aged 29 and under. In such cases, the state will repay part of employers’ expenses for six to 12 months under the condition that the employer maintains the job for at least further half of the subsidised period, Stuška said.

He also mentioned the changes to temporary employment via amending the Labour Code and tax relief for seasonal employees.

The adopted measures will motivate employers to get cheaper labour force and fully use the subsidies, according to Nemethová. She added that for the trade unions it is important that the employees have a job with guarantees of observing the labour-legal relations, safety and protection of health, work-life balance and a fair salary.

“The best indicators of effectiveness of the measures will not be only the growing employment, but also an emphasis on not allowing the purposeful dismissal and hiring of subsidised applicants, and also the increase in salary levels in Slovakia,” Nemethová said.

The representatives of employers consider the changes to increase the employment of disadvantaged groups of the unemployed positive, but point to some measures which will have a negative impact on the labour market.

“Though the health transfers for low-income employees dropped or were even removed, with the aim to decrease the cost of labour and increase the net salary, the minimum wage increased significantly, which neutralised the positives of this step,” Branislav Masár, executive director of the Federation of Employers’ Associations (AZZZ), told The Slovak Spectator.

Despite the dropping unemployment rate, it still remains high compared to other EU countries. The seasonally adjusted jobless rate in the eurozone stood at 11.4 percent in December 2014, while the EU 28 average was even lower: 9.9 percent. Slovakia’s jobless rate was the sixth highest at the end of 2014, with only Greece, Spain, Cyprus, Portugal and Croatia reporting higher rates.

Economists see several reasons behind the consistently high unemployment. These include the structure of Slovakia’s economy, labour optimisation, high payroll taxes and the low level of education and discrimination that excludes the Roma population from the labour market.

Andrej Arady, macro economist with VÚB, specified that the structure of Slovakia’s economy is dominated by industry. The economic growth between 2003 and 2013 was driven by sectors with a high growth of labour productivity and thus there was no need to create new working positions. Industrial production made up 39 percent of the economic growth between 2003 and 2013, but the number of jobs fell by 9 percent.

The Financial Policy Institute (IFP), a think tank of the Finance Ministry, agrees that the structure of economy is one of reasons behind Slovakia’s high jobless rate, while it has been hindering creation of new work positions since the start of transformation from a planned to market economy.

Economic changes in 1989 impacted the labour market of Slovakia much more than that of the Czech Republic. During the first two years after the transformation the jobless rate in Slovakia reached double digits, while in the Czech Republic it did not exceed 5 percent. During the previous regime there was actually no unemployment.

“This fact indicates that the structure of the economy from before 1989 played a significant role during creation of work positions after 1989,” the IFP’s analysis reads. “Moreover, while the later integration into the global economy brought Slovakia a fast growth of productivity via the access to new markets, technologies and know-how, global competition dampened the growth of employment. Thus the transformation of the labour market was slower and is still not completed.”

Zdenko Štefanides, chief economist with VÚB, agrees, adding that Slovakia was historically an agrarian country with heavy industry while the share of industry of Slovakia’s economy is still one of the biggest in Europe.

Impacts of the global economic and financial crisis on Slovakia’s labour market were also more painful than elsewhere in Europe. 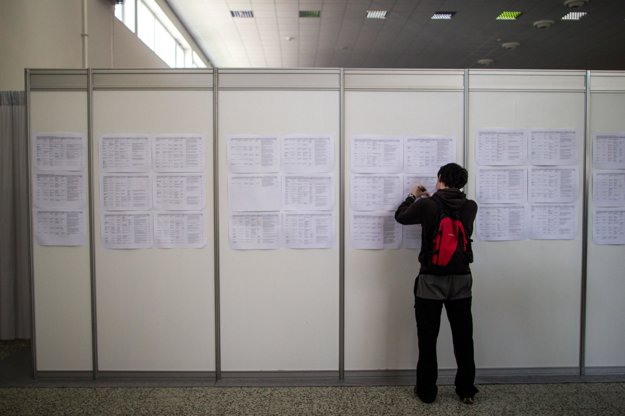 Economists expect that Slovakia’s economy, even when its growth will not be so robust in 2015, would continue to create jobs, but at a bit slower pace than in 2014. According to VÚB analysts, the development of Slovakia’s labour market also reflected impacts of the adoption of a revision to the Labour Code in 2013. Employers, who were excessively pessimistic with concerns fuelled by changes in taxes and levies in 2013, preventively laid off a portion of their workers in order to avoid higher costs related to layoffs before the revised Labour Code became effective.

“In the end it was shown that the development was not as bad as originally expected and thus they are taking people back,” said Arady, adding that this is one of reasons why work positions were created in 2014 and that this space has been used up and thus the growth of  employment or decline of unemployment will be not so robust in 2015.

In respect to the structure of the economy, which in Slovakia is dominated by industry, it is the sector of services which is able to create new work positions, according to Štefanides. He believes that when Slovakia’s economy is more driven by domestic demand than exports there will be more jobs created in the service sector.

“But this is a problem [of structure of the economy] which will remain here for years,” Štefanides said, recalling that after 25 years since the fall of the Berlin Wall and reunification of Germany, there are still deep differences between western and eastern parts of the country in terms of unemployment and economic structure. “Simply, 40 years of communism cannot be easily erased during one generation.”