A selection of surveys, polls and research conducted in the HR sector from January 2014 to February 2015 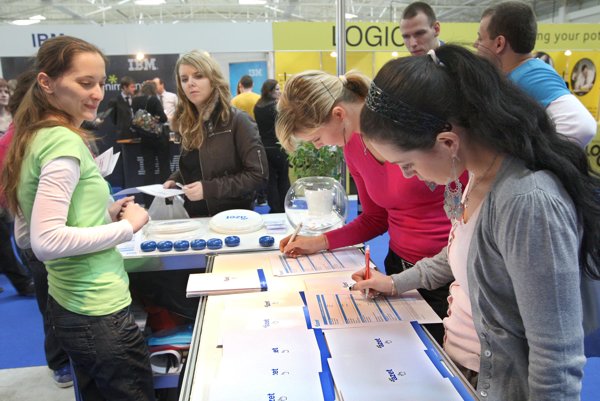 - Less than 5 percent of those employed in Slovakia have a part-time contract. It is almost the lowest number in the European Union; only Bulgarians have a lower share of part-timers. The EU average is almost 20 percent while the leader is the Netherlands where some 50 percent of employees work that way. The extension of part-time employment contracts would help mothers returning to work after maternity leave. Also students and pensioners utilise them. The state would like to see older people working as part-timers more often. Firms say that it would be better if supply and demand solve the future of part-time work and not the state.

- More than half of people are dissatisfied at work.  In a survey that the biggest job website, Profesia.sk, conducted among almost 4,000 respondents, 50.6 percent of them were dissatisfied with their jobs. Over 50 percent were unhappy with low salary, a study published in February 2014 said. Zero career opportunities are another complaint, while the third reason behind dissatisfaction is their boss. Almost two-thirds of people said in the survey that they would change their jobs for less than €300 more. Less than one-quarter would do so with €100 more and over 7 percent would accept their old salary from a new employer.

- Close to one in five working people in Slovakia have higher qualifications than required for their jobs. This stems from an analysis that Poštová Banka has drawn up based on figures from the OECD going back to the situation in 2012 and released in February 2014. “This group includes many Slovak high-school, college and university graduates who did not choose the right major – one which is sought-after by employers,” the bank’s analyst Eva Sadovská commented. The overqualified people who are stuck in their jobs are therefore facing difficulties in looking for a new job, which is further compounded by the high unemployment rate in Slovakia.

- The average gross monthly wages in central and eastern Europe (CEE) was compared at the beginning of 2014 by the Lugera company, concluding that the gross minimum wage was the highest in Poland (€404), followed by Slovakia (€352), Hungary (€328) and the Czech Republic (€310), while Romania lagged behind with €205. The average gross monthly salary was approximately the same in the Czech Republic and Slovakia (€1,028) followed by Poland (€918), Hungary (€896) and Romania (€538).

- Differences in salaries between men and women in the financial sector start to appear early into their careers, an overview of Grafton Recruitment for the second quarter of 2014 states. Although they begin their career at the same level as graduates, at around 25 years of age the first differences appear. At the climax of their careers, the divergences can be as big as €1,000. The average salary for all positions in the financial sector oscillated around €1,590 among women, while for men this was at about €2,060. At managerial positions, the average salary for women was €2,830 and for men €3,300. In all, women take 69 percent of all positions in the financial branch, but when it comes to managerial positions, only 46 percent are women while 54 percent are men. Experts of Grafton Recruitment see as the reasons behind these differences in remuneration and promotion that women’s careers are interupred by children and maternity leave, adding that men are naturally more ambitious and self-confident while women tend to more often suspend their professional growth, losing more years of experience.

- Commuting is a factor seriously impacting labour effectiveness and motivation; the total time of commuting has increased since 2012 by five minutes globally, according to a poll of the Regus company based on responses of more than 22,000 people. Currently, the commuting time is more than half an hour (32.5 minutes) compared to only 27 minutes two years ago. In Slovakia, people commute for about 25 minutes – i.e. 50 minutes a day on average. However, this time increases markedly in winter, rain, icy road surfaces, etc. Busy commuters make business calls (67 percent), contact family or friends (40 percent), manage emails (32 percent), and make private phone calls concerning the household (23 percent).

- A survey on family businesses was made by the European Partnership for Public Strategies, the Slovak Business Agency, the Amrop company and the Platform of Women of Slovakia. In May and June 2014, they asked about conditions for family enterprises in Slovakia, focusing on specifics and trends. In total, 18 companies participated, in various spheres, from almost all regions (with Bratislava being represented most). Almost 75 percent started the business in the first half of the 1990s, claiming the easily available, qualified and motivated labour and available materials as the main motivations. Finances and loans were claimed as the dominant problem in the beginnings of doing business. Other problems for beginning entrepreneurs are excessive red tape and insufficiently qualified labour – which are, however, typical for small- and medium-sized enterprises.  A specific problem of family businesses is the convergence of family and professional life. Family businesses are usually formed naturally, rather than being planned in the initial phase, with the most frequent form being a joint business of a married couple or of a parent and one child. The trend to prefer relatives for leading positions can be observed, with the exception being bigger firms where external managers also work. Family members are more interested in results and better motivated, the survey found. However, a disadvantage is the difficulty of creating respect among relatives and the threat of transferring problems from business to family, and vice versa.

- Slovakia placed 46th of 60 countries listed in the World Talent Report by Swiss IMD institute. The report assessed the ability of countries to develop, lure and keep talented people for the needs of domestic companies. The report was published by F. A. Hayek Foundation. The list is topped by Switzerland, followed by Denmark, Germany, Finland and Malaysia.

- A manager in retail earns four times more than his subordinates, a study of Platy.sk website determined. Managers in the leasing sector are best paid, with their average monthly salary amounting to €4,561. Ordinary employees in leasing have salaries comparable to the average in other sectors, thus showing the biggest difference between managers and workers, according to the study published in November 2014. The biggest differences can be found in retail, leasing, transport, wholesale, financial consultancy, health care and the car industry, where ordinary employees earn three to four times less than their managers. The highest salaries of ordinary workers can be found in IT, telecommunications, leasing, banking and pharmaceutical, with retail being on the opposite end of the spectrum (10 percent of retail employees get less than €400 a month). The differences between managers and subordinates are quite balanced in state administration, education, electronic and printing industries. 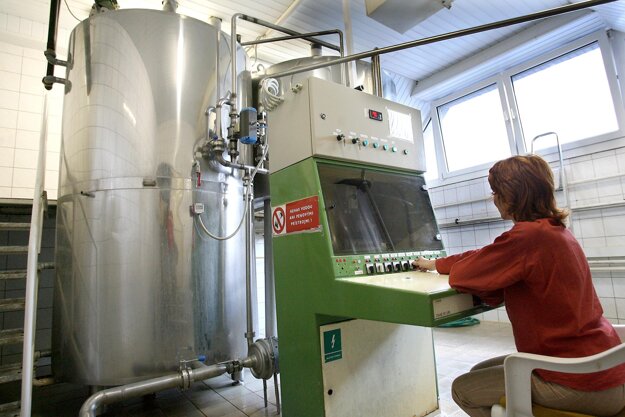 - The Platy.sk website scrutinised the tradition of year-end bonuses, so-called 13th salaries, once a must-have for every employee and every company. In December 2014, only one in seven employees received it, with workers of bigger companies having a higher chance of getting one, an online poll found. Around 15 percent of people get these bonuses, with the average amount being €662 – approximately the same as in 2013. Only a few companies pay the equivalent of a monthly salary. Generally, the higher the position in the company, the higher the 13th salary. Only 10 percent of manual workers said they received this bonus, while among managers, the frequency is 20 percent. The biggest bonuses are given to managers and IT workers – 20 to 25 percent. The most employees who get them work for firms with 251 to 1,000 employees. As for sectors, most recipients of year-end bonuses work in production, transmission and distribution of energy, media, or in industrial production; the highest bonuses are given to people in IT, production, transmission and distribution of energy, media, construction, architecture and real estates.

- Based on predictions the number of new jobs will increase by about 15,000 in 2015, which would increase the employment rate by about 0.5 percentage points. This will be only half of the increase in 2014. The new jobs will be generated mostly in industry, services and IT. Analyst with Poštová Banka Jana Glasová expects the registered jobless rate to drop to 11.8 percent by the end of 2015. During summer, which is typical for seasonal work, the unemployment rate should even fall to 11.5 percent, she added. Glasová, however, does not expect that the differences between the regions would be reduced significantly. Meanwhile, the Profesia.sk job website informed it had published a total of more than 155,000 job offers in 2014, which is 22 percent more than in 2013.

- A new phenomenon on the labour market is “the millennium generation” that is more critical towards employers, doing business and considers personal development as crucial as the profits and products of a company, Millennial Survey 2015, the fourth such survey by the Deloitte company, has found. The company asked young people, future leaders from 29 countries, about their opinions. Up to 75 percent of the millennium generation thinks that companies focus too much on their own goals, instead of trying to also contribute to improvements in society. Moreover, only 28 percent think their employer uses their skills maximally; and 53 percent have the ambition to become leaders or top managers at their current company. In the developing markets 65 percent want to achieve this goal, while on developed markets, a mere 38 percent stated this goal. This number was higher among men than among women.