Young people differ from their predecessors, which also reflects in job conditions 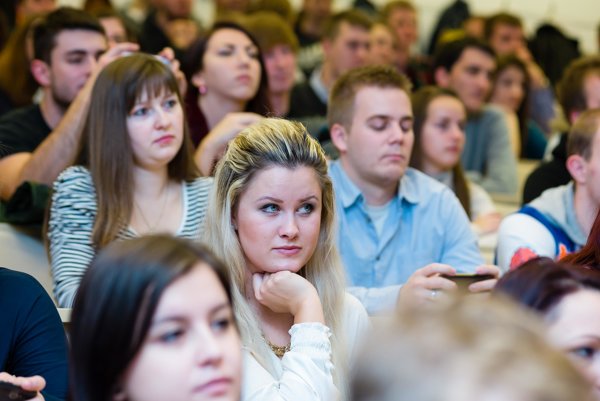 Unlike previous generations, people born between the early 1980s and the early 2000s are refusing overtime and work during weekends and national holidays, personnel managers say. They are ambitious, prefer working in teams, share their successes and care about their work-life balance more than their parents or grandparents did. The so-called Generation Y, or Millennials, is visibly changing the labour market, according to personnel managers and companies.

“People who belong to Generation Y have a significantly different view of work than their predecessors did,” Luboš Sirota, head of the McROY Group recruitment agency, told The Slovak Spectator. “They do not live to work, but rather work to live (well).”

This view then affects the salary and working condition requirements of the Millennials. Regarding salaries, they often ask for one which is higher than the average wage in the given sector, Sirota said. He added they usually cannot get it since they often lack necessary experience.

“If the employers want to keep them, they should offer flexible working hours and home office,” Molnárová told The Slovak Spectator.

“They demand higher tolerance for mistakes, as they are convinced that learning from mistakes is natural,” Sirota explained.

Millennials are also interested in their working environment and the company strategy. They try to understand it and contribute to it, Lefebvre explained. They are motivated by difficult tasks, and repetitive work can annoy them. This generation also tries to communicate and obtain feedback from their peers and managers. Another typical feature is that they prefer working in teams, the team of personnel managers at Grafton told The Slovak Spectator.

Unlike the previous generations, Millennials prefer freedom in their work, which is a result of a different upbringing. While Generation X follows orders, Generation Y poses questions before the work is carried out and that can make it more difficult to immediately fulfil the tasks. Moreover, they often disagree with their boss and express their own opinion, according to Molnárová.

Furthermore, Generations Y and Z have also been affected and formed by the technological revolution of the last 30 years, Lefebvre added.

“Generally it can be said that Generations Y and Z are a big challenge for directors, leaders, HR and teachers in every working field,” Lefebvre told The Slovak Spectator.

The experiences of personnel managers and companies show that Generation Y is not as loyal to only one company as their predecessors were. The surveys suggest that they are more willing to change jobs about once every three years, the Sme daily reported. One of the reasons for such frequent changes is the higher salary they may get at a new position, Molnárová added. Personnel managers also say that young people often do not know what they want to do.

“Since they do not have a clear idea about their career, they want to experience and try as much as possible, and are motivated by drawing on various working experiences,” Branislav Jovankovič from McROY Group told Sme.

Though McROY Group confirmed that the average time spent at one workplace is three years, it added that Millennials spend even less time working in call and service centres or tourism.

“Their fluctuation is about seven times higher than that of older employees,” Slovnaft oil refinery spokesperson Anton Molnár told Sme. The companies also confirm that Generation Y is not interested in working overtime.

“The young people want the quickest career rise,” Imrich Sloboda, HR department head at state-run railway freight carrier Cargo, told Sme. “They, however, are not very willing to do something for it.”

According to Molnárová, many people younger than 35 also prefer work mobility. They are more willing to work abroad and are not as fixed to their home as their predecessors. Moreover, many school graduates already have some experience from working abroad during their studies, which increases their value in the market, she said.

The younger generation also postpones establishing their own family to their 40s, Molnárová added. 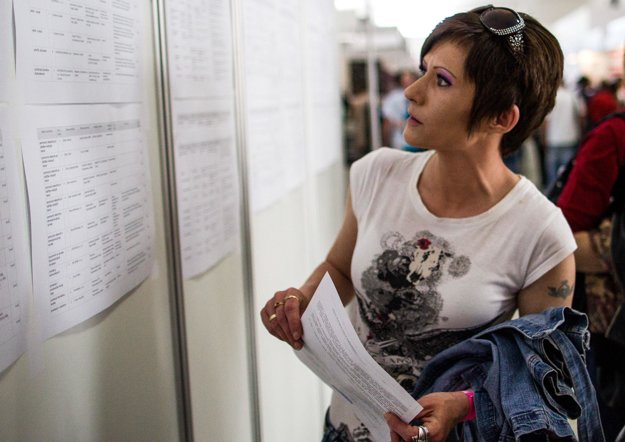 Generation Y also values personal development and a work-life balance over money and status. They, however, still remain ambitious and believe in their own ability to steer their career, suggests an international survey carried out by INSEAD Emerging Markets Institute (EMI), the HEAD Foundation and Universum on 16,000 respondents in 42 countries. It was undertaken to better understand the many stereotypes of Millennials in the workplace and to gain additional insights about them, the official press release reads. The survey showed that 73 percent of respondents chose work-life balance over a higher salary and 82 percent valued work-life balance over their position in a company. Unlike generations before them, 42 percent agreed or strongly agreed they would rather have no job than one they hate.

“Millennials will constitute the majority of the workforce in just five to six years from now,” said Petter Nylander, CEO of Universum, as quoted in the press release. “From an employer branding perspective, companies that cater to the needs of Millennials will lead in attracting, recruiting and retaining them.”

Companies active in Slovakia also confirm that Generation Y cares about their work-life balance. One way to achieve it is the home office, Sme wrote.

“Working from home is an interesting benefit for them, especially because of the savings in commuting costs and greater flexibility and freedom,” Ľudmila Radosová, head of the HR department at the Slovenský Plynárenský Priemysel gas utility, told Sme.

The Millennials also ask for benefits at interviews.

“The older generation is often surprised and asks where these graduates find the courage, and even the gall, to insist on these benefits already at the job interview,” Molnárová said.

Flexible working hours is still in its beginnings in Slovakia, according to Grafton’s team. People from Generation Y and Z, however, require some kind of flexibility in the time and place of their work. This also depends on the trust of the employer or manager in the members of his or her team, the Grafton’s team said.

According to them, the combination of a well-established system of performance measurement and accessibility of all necessary technologies may allow for the implementation of practices like working from a home office, job sharing, changing careers and various forms of shortened working hours.

Though Generation Y entered the labour market some 10 years ago, the market is struggling with changes only during the past three-four years. Currently, both Generation X and Y meet on the market, said Molnárová.

“For that reason it is a challenge to find harmony and to create diversified, not unified working conditions, but also a job description and reward system which will take the differences of the employees from both generations into account,” she added.