FORMER elite police officer Ľuboš Kosík, who was allegedly involved in the abduction of former president Michal Kováč’s son back in 1995, has been sentenced to 14 years for forging promissory notes. 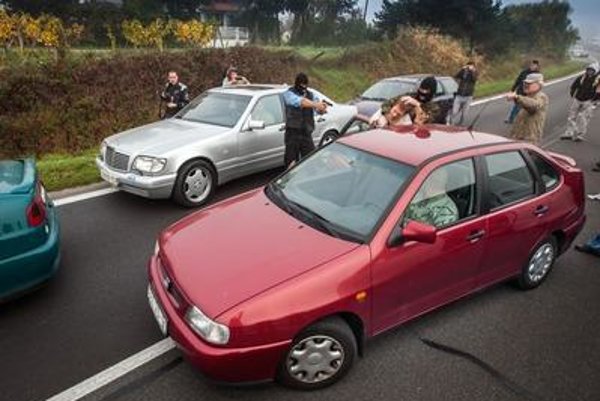 The Specialised Criminal Court found him guilty of faking promissory notes worth €2.4 million in total. The verdict is not effective yet, the Sme daily wrote on February 26, as Kosík immediately filed an appeal with the Supreme Court.

It took judge Igor Králik less than 20 minutes after the closing statements to bring the verdict.

The case is connected with the so-called Sýkorovci gang of the late boss Miroslav Sýkora. The court found Kosík guilty of having the signatures of his former business partner Ľubomír Farenzena forged on three promissory notes. According to the testimony of Juraj Billík ,nicknamed Čapatý, and Roland Zdichavský, they used force to make Farenzena  acknowledge the fake promissory notes.

Kosík is alleged to be one of four men who forcibly took the son of then president Michal Kováč out of his car in Svätý Jur, forced him to drink huge amount of alcohol and brought him unconscious to Austria. Kosík has always denied the accusations and the case has never been duly investigated, after then prime minister Vladimír Mečiar issued amnesties back in 1998.