How has management and HR changed in the last 25 years?

Twenty-five years are usually considered the era of one generation. This is also because in a quarter of a century, people - their expectations, demands and also their lifestyles - change significantly. 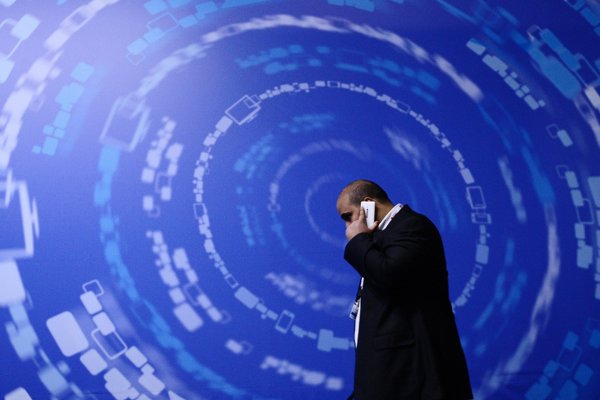 Over the last 25 years, equally important social change took place on the Slovak, and the whole central-European market, also fundamentally impacting the corporate world and management of companies.

If we imagine the times beginning in 1990, we were in an era without internet or mobile phones. It was rather an exception to have a phone, a PC or good-quality foreign education, and it used to be, to a certain degree, the sign of a special social status. It was an absolute novelty to speak about managers and management at that time. These notions had only ambiguous, indefinite content in Slovakia – and the same goes for personnel management and HR consultancy.

Forming of market as well as training managers

However, exactly at that time, the first ever HR-consultancy companies started to appear in post-communist countries, including Slovakia, that were partially inspired by well-established foreign consultancy companies, or were directly their branches, and started forming the local market of HR consultancy.

These companies, however, simultaneously also took on their shoulders the responsibility for the education of the market and managers themselves. Many expert terms and definitions, today used completely commonly, were patiently explained so that users could understanding thier content and use them successfully and especially effectively in everyday life.

The beginning of the 1990s was the time when people began speaking foreign languages and being open-minded, willing to receive training by foreign companies that were gradually arriving on the market had innumerable opportunities. Thanks to self-education and working for foreign companies, combined with appropriate motivation and eagerness to try often unknown ideas, they become good managers and current leaders of many companies operating in Slovakia or beyond its borders.

Along with these personalities, another generation of managers started to grow. These were not educated and formed under the previous regime anymore, they usually spoke one or two foreign languages and many had experience from stays abroad – be it as students or participants of foreign short-term work attachments. Their views of various issues were different and in many ways inspiring and supplementary to the previous generation of superiors and mentors.

Change of demands and requirements

In recent years, issues such as leadership and development of leaders’ abilities have made it to the forefront. Ever more frequently, managers have begun to be evaluated more in their leadership competences than in their managerial skills. Thus, expectations concerning leaders are today much different than they were in the past. We could say that a CEO of a company from 20 years ago would very probably not be competitive with his past skills.

From the point of view of the consultancy company, it was thrilling to watch and partially to participate in forming the perception of managers and leaders. Terms like executive search, leadership, managerial competences, performance management and others that are now used commonly have made it only gradually to the awareness of experts and a wider public. And this is not a finished process, as also currently one can be forced to explain elementary differences between the notion of executive search and recruitment.

Development of the HR-consultancy services market, too, has undergone dynamic progress. After the first swallows which arrived to the market already in 1990, many international consultancy companies started to gradually open their representation in the central-European region – usually following their clients. And we do not find many of them here anymore. In as much as their clients became sophisticated, i.e. CEOs and managers, also the consultancy companies had to be able to render good and professional services. Only a few companies had this ability of repeatedly delivering top quality, bringing changes and innovations, feeling the trends and in many respects setting trends – and these have been operating successfully in the market for the past 25 years.

Nowadays, we can talk in Slovakia about the market that is fully compatible with other markets within the European Union. Slovak managers hold managerial positions in companies not just in Slovakia, but also in many other countries of the world. In many spheres, they are even in high demand exactly due to their specific type of experience acquired in the transformation period of the quickly and dynamically developing Slovak market.

The market of HR-consultancy companies has reached the state in Slovakia where it is quite atomised. Only a few companies can boast they have managed the challenges of individual phases which lurked during the past 25 years. It is these companies that are a guarantee and hope that professional standards applied in the long term and forming the basis of their long-term success will constantly be present on the Slovak market ever more flooded with numerous individual consultants.

The past 25 years of forming the market and developing the disciplines of management and leadership were exciting and unrepeatable in many ways.

One can believe that the coming years will be at least similarly interesting and beneficial for the full standardisation of the quality of HR consultancy and development of leaders and mangers operating on the Slovak market.