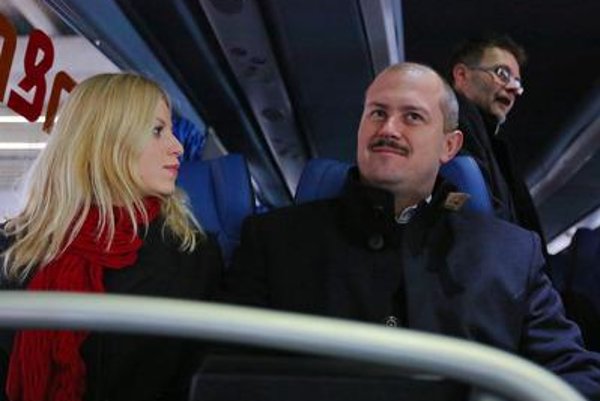 Whereas BBRSC General Director Peter Kováč talked at a press conference on February 26 about Kotleba's wife being the best person among the four applicants for the job, BBSK spokesman Vladimír Gürtler stated that if a person with an unknown name had been hired, the media would not have taken interest in the new law, which shows signs of "supporting extortion".

"This isn't about Mrs. Kotlebová but rather about the existing law," said Gürtler, as quoted by TASR. "We hired the spouse of the governor in order to draw attention to the law."

He added that Kotleba's wife is working for a monthly gross salary of €576.

"We are publicly calling upon Emília Sičáková–Beblavá of Transparency International Slovakia, the wife of [Independent] MP Miroslav Beblavý, to take this job instead of Frederika Kotlebová for the same salary," said the BBSK spokesman, as quoted by TASR.

"This law encourages potential corruption and is anti-business," said Gürtler, as quoted by TASR.

It applies to more than 3,400 businesses in Slovakia. Based on legislation the agenda can be carried out also by externists, which translates into a higher tax burden for entrepreneurs and paves the way for extortion of businessmen, according to Gurtler.

Kováč claims he handpicked Kotlebová as the best person for the job. There was no selection process, however, as the vacancy went unannounced.

"We approached four people who met the qualification requirements, which involves a completed high school education with leaving exam," Kováč said, as quoted by TASR. " Mrs. Kotleba has pedagogic high school with the leaving exam."

There is no conflict of interest in this – notwithstanding the fact that even Kotleba's brother works at BBRSC, Kováč said.

BBSK Governor Marian Kotleba didn't participate in the press conference, as he's still not physically fit, according to his spokesman. Kotleba has been hospitalised with pneumonia recently and hasn't yet returned to work.