REPRESENTATIVES of the KOVO trade union and the Bus Transport Association (ZAD) agreed on a guaranteed pay-rise of 2.5 percent in bus transport, the trade union's chief Emil Machyna said after talks on February 27. This agreement has managed to avert the strike alert and the threat of general strike planned for future. 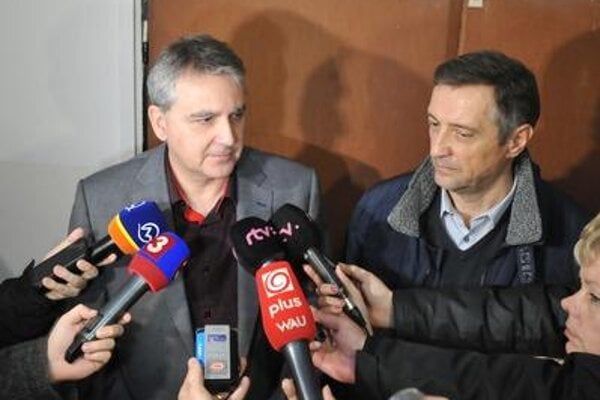 The percentage rise amounts to €22 per employee per month on average, “...with the current zero inflation or alternatively deflation [this] is a rise in real salaries,” Machyna told the TASR newswire. “Organisations where the salaries are below average will continue to negotiate on a further increase with the companies concerned. We expect this to yield another percent or so, which could bring the figure close to, say, €28. A pay-rise of 2.5 percent is a kind of agreement with which both of us are somewhat unhappy, but it’s an agreement that can be accepted.

ZAD president Peter Pobeha said that the agreement – termed a higher-level collective agreement in public road transport – did not come about easily because companies operating in the sector are mired in a difficult situation. “This is due to a year-on-year drop in passenger numbers, the impact of demographic developments and, last but not least, measures introducing free train travel for students,” Pobeha said. Pensioners are also eligible to travel by train for free. He added that the agreement will under no circumstances trigger higher fares. The salary rise is to concern some 5,500 employees who are members of ZAD’s 14 entities.

Machyna said that KOVO will cancel a strike alert announced on February 25 in protest against ZAD’s initial opposition to KOVO’s demands.