THE KOŠICE District Court acquitted former police officers prosecuted for the bullying of Roma boys that allegedly occurred on March 21, 2009, at a Košice police station. 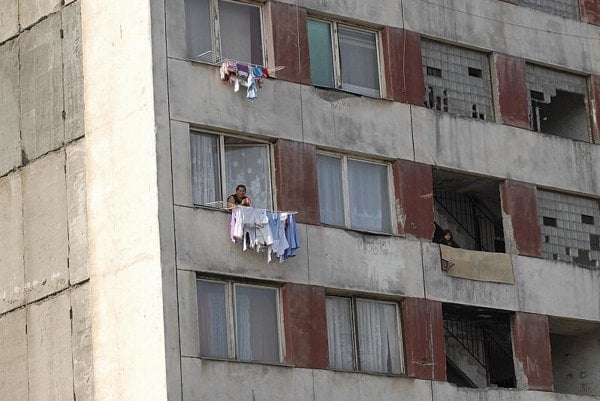 Nine male and one female Police Corps ex-members on duty that day faced charges of abusing the powers of a public official, with four of them also accused of extortion. The former officers pleaded not guilty.

“The court ruled that evidence was insufficient to find any of the defendants guilty,” said the judge after arriving at a verdict. “The evidence doesn’t even prove unequivocally and indisputably that the events occurred in accordance with the prosecutor’s account,” the TASR newswire quoted her as saying.

The case has captured the attention of media and the public due to a video, in which police officers at Košice-South station humiliated the boys, forcing them to slap each other and strip naked, while also setting a police dog against the minors who robbed an elderly lady on that day and shoved her to the ground, leaving her injured.

The court did not accept the video as evidence, however, arguing that the edited video was not acquired in a lawful manner. [The video was shot by officers themselves; but it is not quote clear how it leaked to the public and media.] Back when the case was investigated, even then police corps president Ján Packa confirmed the authenticity of the video, which resulted in the officers’ dismissal from the police force, the Sme daily wrote. Now, the court had to rely only on testimonies of witnesses.

According to the indictment, police officers brought six young Roma aged between 10 and 16 to Košice-South police station on March 21, 2009. The Roma were suspected of robbing an elderly woman. The police allegedly attempted to intimidate the boys - who could not be prosecuted due to their young age – with a police dog, which bit three of them. Subsequently, the minors were forced to slap and then kiss each other. The mistreatment continued in the building’s basement, where the suspects were ordered to strip naked within ten seconds, while police officers recorded a video. One of the boys was allegedly suspended over a handrail, beaten and forced to say the name of his mother. A police officer was accused of putting a pistol to the head of another boy and asking him whether he wanted to be shot. The same defendant was supposed to have ordered the Roma boy to lick his boots and hit another boy with a shovel.

Prosecutor Rastislav Remeta immediately appealed against the verdict. “I perceive this verdict as denial of justice to the victims, who were exposed to cruel and inhumane treatment at the hands of police members,” lawyer Vanda Durbáková, representing the boys, told TASR. She disagrees with the decision of the court to reject the video as evidence. “I believe that, based on the appeal filed by the prosecutor, the higher court will reverse this decision and that the damaged party won’t have to seek justice all the way up at the European Court of Human Rights in Strasbourg.”

On the contrary, defence lawyers were happy with the verdict. “Speaking for myself and on behalf of my clients, I’m glad it ended this way, one of the defence lawyers, Ivan Vanko, said. “The law was fully respected, particularly the law of evidence, and thus I consider this verdict just and lawful.”