“ESKIMO Weekend” in the High Tatras, under the famous Lomnický štít peak attracted more than 15,000 people. 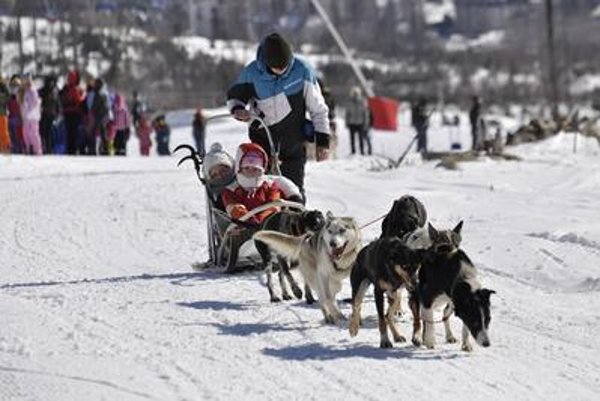 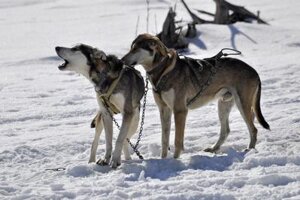 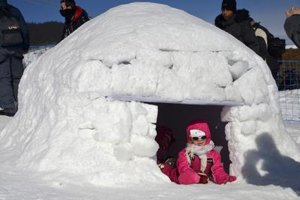 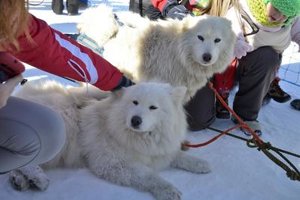 The sixth year of the sled dogs’ show with several breeds as well as cross-bred dogs, held on February 21-22, coincided with school holidays in eastern Slovakia; which helped attract children as well as their parents. It took place for the first time in a new location– at the mid-station Štart, the Čučoriedky-West slope.

The event was hosted by the popular Slovak presenter Andrej Bičan; and it included a multi-genre programme with demonstrations of fast musher rides and dog sled rides for free with 50 dogs of the husky, malamute and samoyed breeds. For children, igloos, an Eskimo town, animations, creative workshops and a huge snowman were prepared.

“On Saturday, strong wind did not make for the best conditions, but on Sunday, the weather was kitschy, sunny and beautiful,” Lenka Maťašovská of the local tourism organisation Región Vysoké Tatry told the SITA newswire.  She added that mushers, traditionally, have not disappointed and showed their best not just in the mushing but also in handling children and visitors in general.