Gas could flow via Eastring in late 2018

WITH THE background of Russian-Ukrainian talks in Brussels about possible gas flow cuts the Slovak cabinet will debate Eastring, a project of a new gas route connecting western Europe and the Balkans via Slovakia proposed by the Slovak natural gas carrier Eustream. 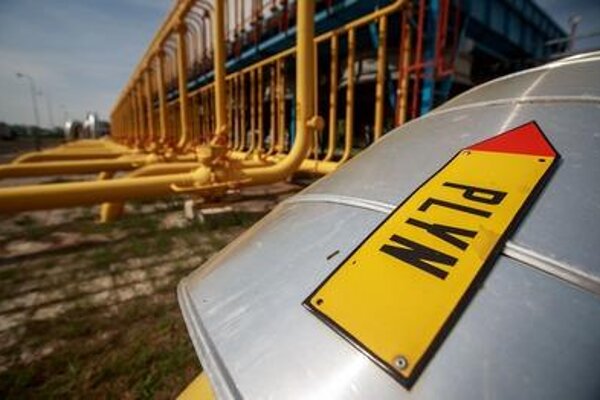 The cabinet will deal with the information material prepared by the Economy Ministry on Wednesday, March 4.

“In terms of provided data and information related to the Eastring project compared with other projects it is possible to say that currently it represents the most effective gas pipeline project in the given region from the viewpoint of investments and time,” reads the ministry’s document.

The Eastring pipeline, whose initial capacity of 20 billion cubic metres of natural gas per year should grow to 40 billion cubic metres, should be put into commercial operation in late 2018. The length of the pipeline, depending on its final routing, will be between 744 and 1,015 kilometres. Capital expenditures for the first phase of the project are estimated at between €1.14 billion and €1.52 billion.

The sources of natural gas for the bidirectional Eastring should be Russia, Azerbaijan, Iran, Iraq, Cyprus or Western Europe.

Eustream introduced the project last November as a more economical alternative to the South Stream project, whose construction would have significantly affected gas transit via Slovakia as it bypassed Ukraine completely. But afterward Russia cancelled the South Stream project altogether and unveiled plans to build a pipeline to Turkey (Turkish Stream) while gas for European clients should be delivered to the Turkish-Greek borders. Moreover the Russian gas company Gazprom announced that it is determined not to continue after 2019 with gas supplies for European countries via Ukraine. These announcements are significant in regard to the European gas market as well as the current position of Eustream.

Furthermore, because of this development, Eastring has become one of the projects which may contribute to solving the question of gas supplies for countries impacted by the decision to abandon the South Stream project, the ministry wrote.