THE DAMAGED bust from the memorial of communist-era leader Vasil Biľak which was raised in Krajná Bystrá (Prešov Region) in late February and painted in red just a day after being revealed, was stolen. 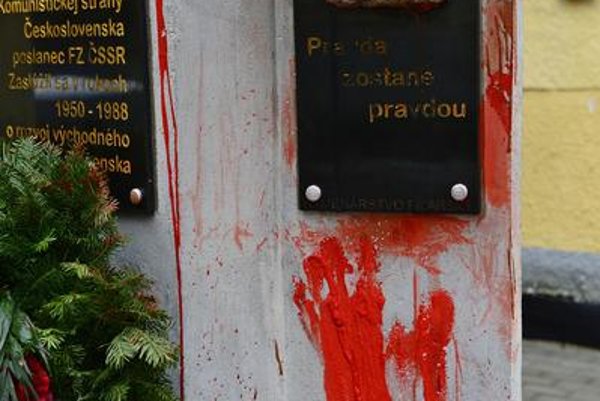 The estimated damage to the property amounts to €2,500, the TASR newswire wrote.

According to Helena Polanská, chair of the regional council of the Communist Party of Slovakia (KSS), which financed the creation of the memorial, nobody from the local community could have stolen the bust. She told the SITA newswire that the culprit had to steal it in the early morning hours of March 2 as the locals guarded the memorial until night. 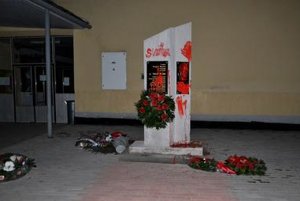 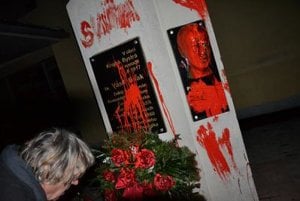 The thief broke the marble board to which the bust was attached. The KSS originally planned to dismantle the bust and clean it, as reported by SITA.

The memorial dedicated to Biľak was revealed in Krajná Bystrá on February 21. Only a few hours later artists and activists Peter Kalmus and Ľuboš Lorenz painted it in red. Polanská said at the time that they had submitted a criminal complaint for damaging someone else’s property and calculated the damage at €3,500, TASR wrote.

She also said that the party did nothing wrong, and that they only wanted to pay tribute to a person who was born in the village and helped it. The party planned to dismantle the bust and repair it, TASR wrote.

The revelation of the memorial raised different responses from the public. Many people considered it a provocation as Biľak is connected to the invasion of the Warsaw Pact armies of Czechoslovakia in August 1968. He died less than one year ago.