No risk of a gas crisis for Slovakia

The approaching end of the winter and remaining natural gas stocks mean Slovakia looks poised to finish this heating season without any major problems in spite of a renewed Russo-Ukrainian dispute over gas supplies. 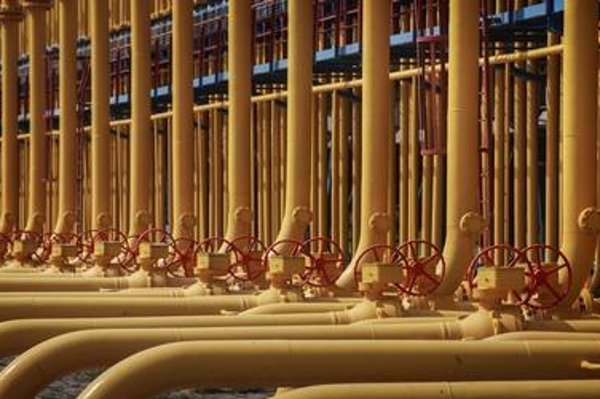 Economy Minister Pavol Pavlis reassured households, businesses and other sectors that there is no threat of gas crisis in Slovakia.

“There was, is and will be gas for citizens, schools, hospitals and industry,” Pavlis said after meeting with representatives of the gas utility Slovenský Plynárenský Priemysel (SPP) and the gas shipping company Eustream on February 27. “There are absolutely no reasons for concern.”

SPP declared that even in the case of complete halt to gas supplies from the east it is prepared to continue in smooth supply of all customers in Slovakia.

“With regards to the part of the heating season, in which we are now, we feel secure,” said Štefan Šabík, CEO of SPP, as cited by the SITA newswire. “I can declare that we will manage any situation which may occur.”

The official heating season in Slovakia lasts from September through May.

The winter 2014/2015 is, according to the Slovak Hydrometeorological Office (SHMÚ), one of the five warmest winters since the last half of the 20th century with the average temperature oscillating around zero.

SPP keeps reporting reductions in gas supplies, while these are now at about 38 percent of normal. During the heating season 2014/2015 it has faced reductions in supplies of ordered gas between 20 and 50 percent. According to Šabík, the Russian side keeps explaining cuts in supplies with technical problems with production.

SPP can rely upon its gas stocks stored in underground gas storage facilities, which still make up about 40 percent of original stocks as well as a contract signed with Germany's E.ON about gas supplies. Slovakia can also use gas pipelines linking Slovakia with Austria and the Czech Republic for reverse flow of gas that comes from other sources.

Eustream reports no problems in gas transit and in case of the halt of gas supplies from the east it is prepared to secure more through reserve flow.

Rastistav Ňukovič, general director of Eustream, added that capacities of reverse gas flows exceed several times the needs of Slovakia and thus in case of a complete halt of gas from Russia to Ukraine, Slovakia is prepared to continue in supplying Ukraine with gas via the Vojany-Uzghorod pipeline.

“It’s the end of winter,” Ňukovič told the Pravda daily. “[Gas] consumption in Ukraine is different than in case of freezing temperatures; requirements are different.”

In late February the Russian state company Gazprom warned that it could suspend the deliveries of gas for Ukraine as Ukraine had sent advance payment only for gas to be supplied until the end of February. But after Gazprom sent gas to rebel-controlled territories and thus not where Ukrainian Naftogas asked, the Ukrainian government said it had not received all the gas it has paid for.

European Commission Vice President Maroš Šefčovič organised a meeting of energy ministers of Russia and Ukraine in Brussels for March 2.

“I am reassured that the supply of gas to the EU markets remains secure,” Šefčovič said after the meeting, as cited by Reuters, referring to concerns that disruptions could have a knock-on effect for Russia’s EU customers.

At the meeting Russian Energy Minister Alexander Novak and his Ukrainian counterpart Volodymyr Demchyshyn agreed that the dispute over gas deliveries to rebel-controlled territories in eastern Ukraine will not affect supplies to the rest of the country and the European Union, wrote Reuters.

Šefčovič, who chaired the talks, said a further meeting before the end of March would discuss arrangements to follow on from the current winter agreement.

“We managed to safeguard the full application of the winter package for the supply needs in Ukraine,” Šefčovič said, as cited by Reuters.

The winter package of Russian gas for Ukraine, brokered and part-financed by the European Union, runs out at the end of the month. Russia and Ukraine have agreed to discuss a “summer package” of gas supplies later this month, with Kiev winning assurance at March 2's EU-mediated talks in Brussels that it would not pay for energy delivered to rebel-held areas, Reuters wrote.

Jozef Badida, an analyst from Energieprevas.sk website dedicated to energy, sees the basic problem in the unsolved gas price dispute between Ukraine and Russia and that it is waiting for the verdict of the Arbitration Institute in Stockholm.

“The fundamentals of the problems have not been solved,” said Badida, as cited by Pravda on February 28. “And they will be not solved until the arbitration court in Stockholm decides how much Naftogas should pay to Gazprom for gas.”

Repetitive energy security concerns in Europe, especially in central and eastern Europe were, according to Šefčovič, the major mobilising factor that has pushed the idea of the Energy Union to the top of the political agenda. The European Commission unveiled its Energy Union plan on February 25. One of its goals is to reduce Europe’s dependence on Russian energy.