THE MODEL of renting former military maintenance companies (VOP) was a good decision and the government will continue with it, Prime Minister Robert Fico said during a March 2 visit to VOP in Trenčín. 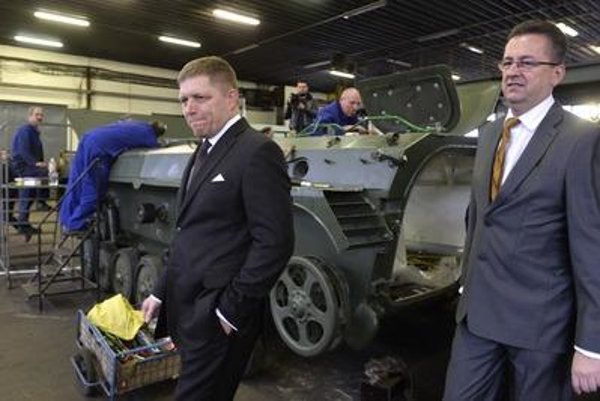 “We found a model of renting these companies to other firms which are able to live not only from the army orders, but they also get orders from other countries or another environment,” Fico said, as quoted by the TASR newswire.

The VOP Trenčín company is currently rented by private firm MSM Martin which got the 20-year lease in the beginning of last year. The Defence Ministry plans to announce a similar competition for another local military firm, the Letecké Opravovne Trenčín, the SITA newswire reported.

MSM Martin also rents other military maintenance firms in Nováky and Banská Bystrica. According to its general director Marián Goga, they employ about 550 people in all three firms.

“We have stabilised the employment and increased the number of orders,” Goga said, as quoted by SITA. “We have a request to hire another 50 employees in Trenčín.”

Defence Minister Martin Glváč said that the company in private hands is not dependent on orders from the state. According to him, the army orders in Trencin compose only a few percent of the turnover of VOP.

“Today we are not forced into the non-transparent and maybe non-economic processes,” Glváč said, as quoted by SITA, praising the whole project.

Fico said on this occasion that his government does not support the privatisation and sale of state property. The involvement of a private investor with keeping the property in state hands has shown the right direction, he added.

He also praised the support of the armaments industry, as reported by SITA.