THE CONSTRUCTION built of ice at the Hrebienok ski resort in the High Tatras broke last year’s visitor rate –in 2014, it was visited by 100,000 people in 83 days, this year that number has already been exceeded and organisers hope to see 200,000 visitors in total. 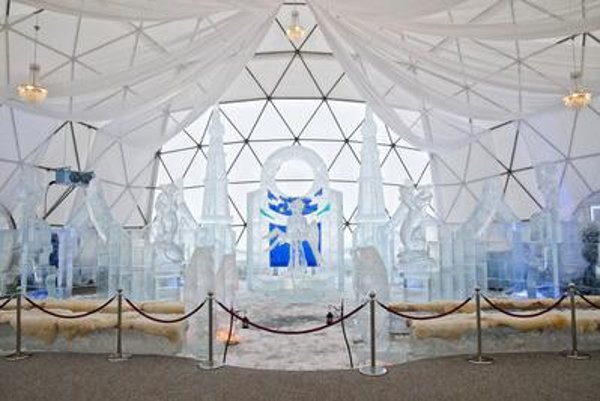 The Czech sculptor from Pilsen, František Bálek, has again created an entire construction of ice – this time round blocks imported from Belgium, the vysoketatry.sk website informed – that was opened on December 18. “If temperatures allow us, we would like for the ice cathedral to be open for visitors until Easter,” Lenka Maťašovská, CEO of the Regional Tourism Organisation Región Vysoké Tatry, told the SITA newswire.

Maťašovská added that in 72 days, 165,000 people have already seen the ice construction which is open daily, while Hrebienok is accessible by funicular from Starý Smokovec (7 minutes) or on foot (about 40 minutes). 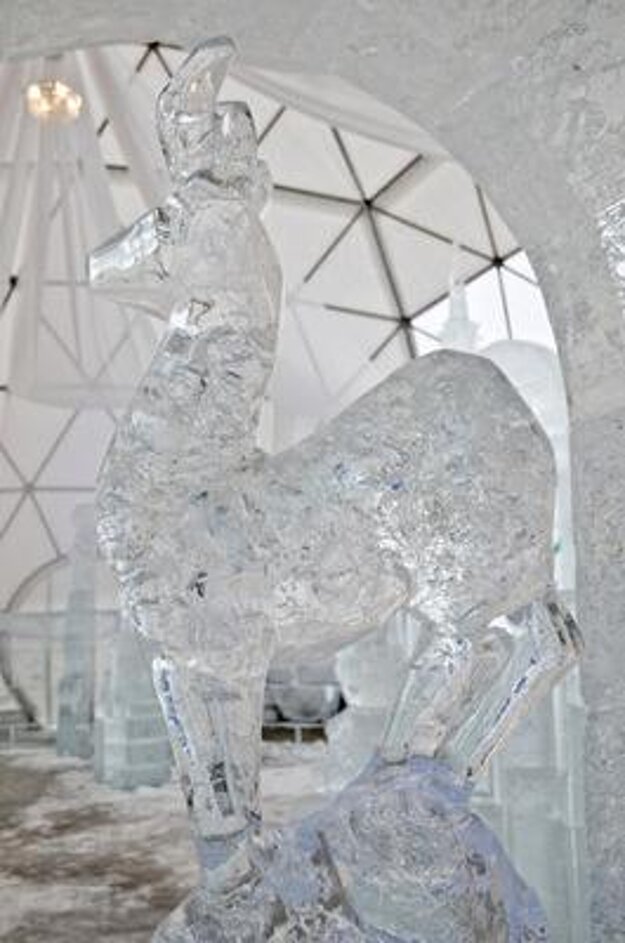 “Thanks to the ice cathedral, we have made the High Tatras famous not just in Slovakia but also in the Czech Republic, Poland, Hungary, Great Britain and Baltic counties,” she said. “We still have one week of spring holidays now, and so, hopefully, the weather and spring sun will lure many curious people to Hrebienok who have not yet seen it.”

The 47 tonnes of ice do not melt thanks to special cooling – thus, the construction is also resistant to warm weather in recent days. The ice cathedral is open daily, but on Sundays from 15:30; excerpts from musicals played at Nová Scéna Bratislava-based theatre will be performed until March 15.