RUSSIA is the country that could pose the biggest threat to Slovakia and real Slovaks must speak Slovak according to a recent Slovak Academy of Sciences (SAV) survey released March 3, the TASR newswire reported. 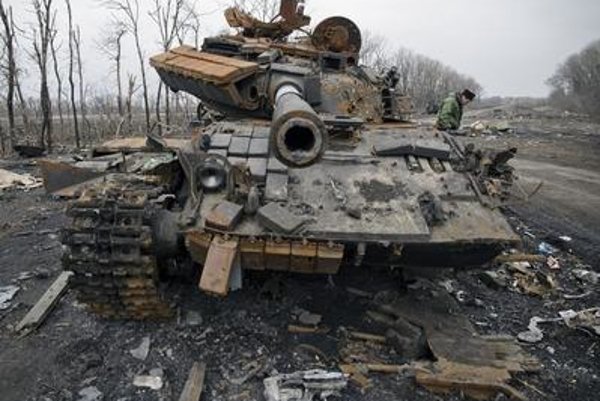 The results were extrapolated from International Social Survey Programme (ISSP) Slovensko 2014 that FOCUS agency carried out on a sample of 1,156 respondents between 17 September and 28 October of last year and from the ISSP National Identity 1995 survey that was carried out between 16 June and 26 June of 1996 and featured 1,388 respondents.

Twenty-four percent of the people asked pinpointed Russia as the source of the biggest possible danger for Slovakia. This was down from the 34 percent indicated in a similar survey in 1996, however. Ukraine came next at 22 percent, up from only 2 percent in 1996.

"This is fear of the military conflict that is under way there," said Miloslav Bahna of SAV's Sociological Institute, as quoted by TASR, adding that the outcome of the survey cannot be construed as support for either side in the conflict.

Meanwhile, Hungary is perceived as much less of a threat than it was in 1996, with its figure falling from 40 percent to 5 percent. According to SAV, this indicates a profound and lasting decline in the perceptions of the threats and political upheavals that accompanied the setting up of Slovakia and the direction it took in the 1990s.

SAV also sought people's views on which country is culturally the closest to Slovakia. As in 1996, the Czech Republic came clearly on top at 75 percent, up from 62 percent in 1996. Ethnic Hungarians living in Slovakia tended to cite Hungary as a close country in cultural terms, but the Czech Republic was  the top choice even among these respondents. Practicing Catholics, meanwhile, had a higher tendency to refer to Poland than respondents as a whole.

The survey further sought answers concerning the characteristics required for being a 'real Slovak'. A total of 64.1 percent of those asked opted for 'speaking Slovak', followed by 'considering oneself to be Slovak' (54.6 percent) and 'possessing Slovak citizenship' (52.6 percent).

Next in importance came 'being born in Slovakia' (45.8 percent), 'having spent most of one's life in Slovakia' (41 percent) and 'having Slovak ancestors' (34.5 percent).

The survey also garnered views on what makes Slovaks most proud. History, success for Slovak sporting figures and Slovak art and literature topped these categories. The social security system, the country's economic results and the way in which fair and equal treatment actually works were at the bottom of the survey.