TOGETHER 24 Slovak publishers signed a joint statement in which they protest against the monopolisation of the Slovak market for books. 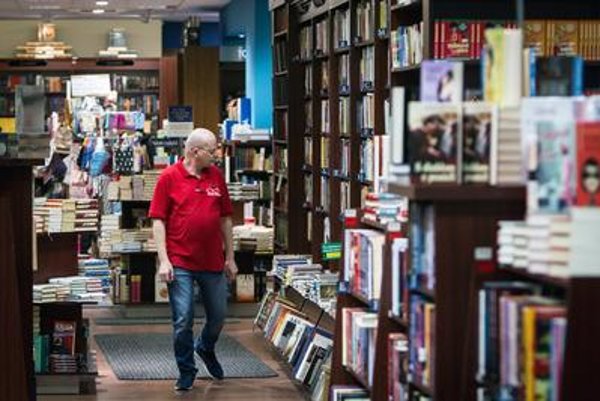 They point out the practices of the biggest book sales network Panta Rhei and the biggest publisher and at the same time the biggest book distribution company Ikar, and warn that the financial group J&T is gradually gaining control over them, the Sme daily reported.

“We do not consider the procedures Panta Rhei uses in this process to be fair and honest as they bring arrogance and dishonest practices on the book market,” reads the statement, as quoted by Sme.

As an example they refer to the proposals of inappropriate, and for publishers, disadvantageous market and rebate conditions as well as proposals for exclusive supply of books via the distribution of Ikar, owned by J&T.

They also mention the media reports about City Area Trnava shopping centre currently under construction, where Panta Rhei “in an attempt to obtain commercial space crossed the borders of ethical behaviour towards its rival”, as reported by Sme. They referred to its activities to push rival bookstore Martinus from the market.

The Antimonopoly Office, however, says it has nothing to examine. Head of its office Zuzana Bónová explained that Ikar as an acquired company did not have turnover sufficient for assessing its acquisition by any other company in terms of concentration of control according to the law. The law stipulates that the turnover in Slovakia should be some €14 million, Sme wrote.

Ikar director Valéria Malíková did not want to comment on the situation. She referred to the joint statement of Ikar and Pantha Rhei, according to which the network is aware of its responsibility for the book market’s stability and respects publishers as key partners. It perceives accusations that it “threatens the market and attempts to monopolise it” as a display of emotions. Panta Rhei does not have a monopoly in the market as its share is only about 30 percent, as reported by Sme.

The book network also claims it is not owned by J&T, but that it is only a client of J&T Banka that provided it with an operating loan.

Also J&T does not comment on the issue. According to PR manager of J&T Banka Jana Jarošová, they are not connected to Panta Rhei, Sme wrote.