Parliamentary Speaker to set up expert commission on Bratislava Castle

THE REBUILDING and reconstruction of the Bratislava Castle has evoked much controversy, with rare findings uncovered during the construction of underground parking lot complicating the course of work. 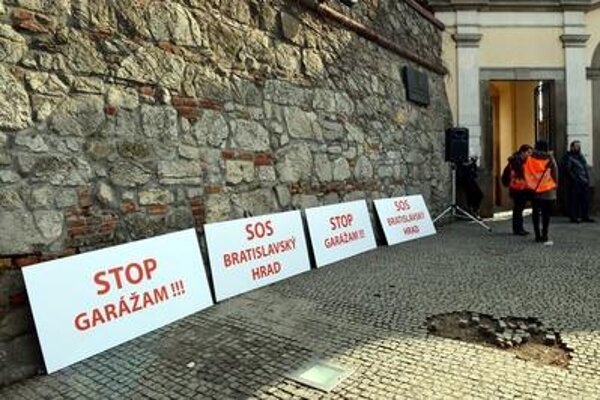 After protests by civic activists and also opposition politicians, Speaker of Parliament Peter Pellegrini “has instructed expedited formation of an expert committee composed of archaeologists, architects and restorers”. The expert committee should meet for the first time within two weeks, the Parliamentary Office informed the media. It should assess fundamental issues related to archaeological discoveries and construction activities at the Castle.

Pellegrini will offer the civic initiative SOS Bratislava Castle – which asked for the establishing of the body – the opportunity to nominate its experts for the committee, the Sme daily wrote.

Parliamentary leadership announced the establishing of an expert committee on February 27, at the start of a peaceful protest organised at the castle wall by the Association of Beauties in Slovakia, joining the call of the SOS Bratislava Castle civic initiative, according to the SITA newswire.

Experts as well as public demand the suspension of construction of underground parking at the northern terrace of the Bratislava castle until the expert committee, composed of both domestic and foreign professionals, assesses the blueprint of the northern terrace and find a dignified way how to present the rare findings from the Celtic period to public.