DESPITE the headlines generated by two recent teen suicides, the rate of suicide among Slovak young people continues to fall. 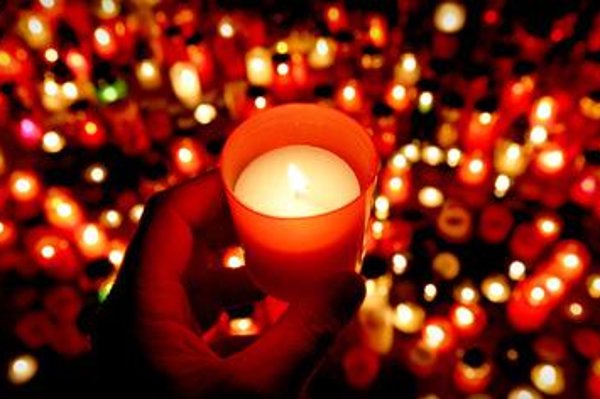 Dominika, a 14-year-old in Piešťany took her own life March 2 and Zdenka, a 16-year-old and  in Nové Zámky did the same the next day but statistics tell a brighter story.  There were 10 children who were less than 15-years-old and 68 people between ages 15-19 that they tried to commit suicide in 2013, the latest year for which stats are available. To compare, in 2011 it was 18 children who were less than 15-years-old and 91 teenagers who were 15-19 years old who tried to commit suicide, according to statistics provided by National Helath Information Centre.

In 2013 there were 2.5 suicides of youth between ages of 15 and 19 per 100,000 citizens in Slovakia. The average of 33 countries in Organisation for Economic Co-operation and Development (OECD) was 6.9 suicides per 100,000 in 2009. Currently , Russia has the most such suicides with 19–20 suicides per 100,000 teenagers a year, according to official website of the consumer rights agency Rospotrebnadzor.

Slovakia has lower rate of children’s suicides particularly because of good-quality relationships between parents and their children, according to Štefan Matula of Research Institute for Child Psychology and Pathopsychology (VÚDPaP).

“The family as the basic unit of the society has still the important place in Slovakia,” Matula told the Sme daily. “On the other hand, relationships in foreign countries could be less tight.”

Psychologist František Skokan agrees adding that there is also less risk of drug abuse in Slovakia than abroad.

Dominika committed the suicide by using her father’s rifle on the first day of school holiday and leaving her relatives wondering why. Zdenka acted similarly a day after. Cases could be connected because people committing suicide can inspire others who have problems to do the same, according to Skokan.

“Suicide is not inheritable but is infectious,” he told Sme, pointing out that there are countries with high suicide rate such as Japan where people look at death and suicide differently.

“In this age of puberty children cannot fully realise fatal consequences of their decision,” Herényiová told the daily. “They want to deal with their problems radically. They want to draw attention so everyone will keep that in mind.”

Both children had access to the gun therefore both fathers who own them could have problems with the authorities, according Ľudovít Miklánek of Legis Telum, the civic association of weapons owners.

“Each weapon is legally connected with only one specific owner of the [firearm] license,” Miklánek told the Nový čas. “Only that person can manipulate the weapon and no one else can get to it.”

Prevention is most important

Parents should be cautious when speaking to their young children, for example when scolding them for bad results in school exams. Parents should not use phrases such as “don’t come back home with such marks” and so on, according to Skokan.

“They don’t keep in mind that small child often understands their words literally even we [adults] don’t think about them in this way,” Skokan told Sme.

The best prevention against child suicide is ability of their parents to translate signals they transmit by behaviour to the environment. However this is not easy task as young people do not want their parents to learn about their thoughts on death, according to Matula.

“Therefore the best prevention is open and trustful relationship,” Matula told Sme. “When children feel support from their parents they can speak with them even about their doubts on the willingness to live.”