ALL three carmakers manufacturing cars in Slovakia have introduced novelties at the annual Geneva International Motor Show amid hopes that the country’s production will surpass 1 million vehicles for the first time this year. 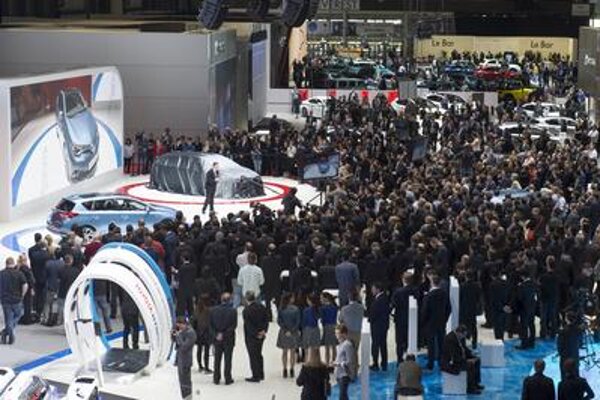 “Our conservative estimate of this year’s production is 980,000 cars,” said Jaroslav Holeček, the head of the Slovak Automotive Industry Association (ZAP), as cited by the Pravda daily.

He added that in case the economic situation in Russia does not worsen significantly and Europe maintains economic growth, Slovakia could pass the million car mark in 2015.

Sales of cars manufactured in Slovakia will depend also on how well new models introduced by Volkswagen Slovakia, Kia Motors Slovakia and PSA Peugeot Citroën in Geneva would sell.

“We believe that the new Audi Q7 will sell well on world markets and will contribute to creation of new work places in Slovakia,” Albrecht Reimold, CEO of Volkswagen Slovakia in Bratislava, told Pravda.

Korean-owned Kia Motors Slovakia, which produces cars in Teplička nad Váhom near Žilina, unveiled the sport line of its cee’d models under the GT Line brand in Geneva.

“We will manufacture it in three body versions,” said Jozef Bačé, spokesman for Kia Motors Slovakia.

Peter Švec, spokesman for PSA Peugeot Citroën, specified that the Trnava-based carmaker introduced two novelties in Geneva when the second one is the two-colour body with the technology designed by technicians from the Trnava plant, offered under the Black Top brand. Clients can choose the roof and covers of driving mirrors in black in combination with one of three colour tones of the body.

ZAP estimates that carmakers manufactured more than 970,000 cars in 2014, though Kia Motors Slovakia and PSA Peugeot Citroën are the only two to have released official numbers. Volkswagen Slovakia is expected to do so later in March.

Slovakia has not escaped impacts of the declining Russian car market.

While between January and November exports of cars from Slovakia to Europe increased, exports outside Europe decreased by 6.4 percent, based on data of the National Bank of Slovakia. Car exports declined the most to China and Russia when the export of luxury cars manufactured in Slovakia to China decreased by more than one-quarter. Car exports to Russia decreased too, down 21 percent. Exports of cars to Ukraine decreased even more radically, by nearly 84 percent. The NBS estimated that these influences reduced Slovakia’s car production by 39,000 cars.

PwC expects that the Russian car market would continue to decline, down 25-35 percent this year.

“This is significant because it was the EU’s first positive annual result since the financial crisis began in 2007, with December marking the 16th consecutive month of growth,” said ACEA President Carlos Ghosn, as cited in the press release.

ACEA expects growth to continue in 2015, but at a considerably slower pace, with a year-on-year forecast in the region of 2 percent.