THE SLOVAK National Museum has opened its space at the residential building in Bratislava to almost 200 Buddhist artworks, within the exhibition called Space and Joy. Now, it has been prolonged until March 22, due to enormous interest of visitors. 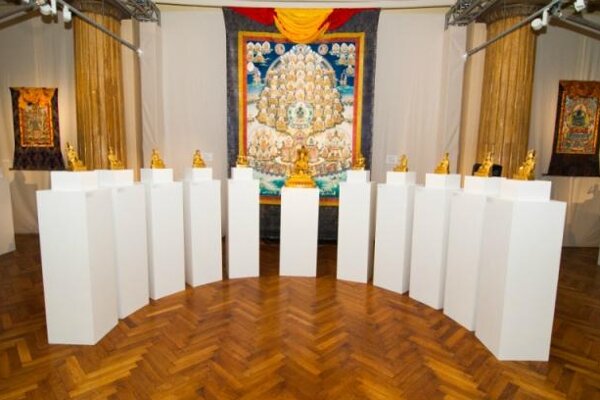 “We enjoy the great interest of the public,” Ján Kysucký of the Diamantová cesta (Diamond Path) Karma Kagyu civic association, the co-organiser of the exhibition, told the TASR newswire. “So far, thousands of people have seen this exhibition; and so we decided to prolong it and to present Buddhist art to more people.”

The expo contains 185 statues, thangkas, and other objects – ranging from large-sized statues of Buddha to an impressive thangka (a painting on cotton, i.e. on a painting panel that is embroidered or painted, covered with another textile layer, usually silk) 300 years old, depicting Asta-bhujah Avalokitesvara, the special form of Loving Eyes.

These works are special in that they are not just artefacts to be exhibited and admired, but after having been checked on iconography and iconometric correctness, they are used in everyday Buddhist meditation practice. The exhibits have been borrowed by private collectors, Buddhist centres and museums; and after London, Budapest and now Bratislava, they will continue to Frankfurt and Warsaw next year.

However, the exhibition is slightly different each time. In Bratislava, for example, it has been designed around the central piece; thangka of The Refuge Tree, which represents the ultimate refuge – the inner Buddhist substance of every individual person, our mind. 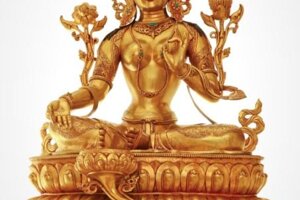 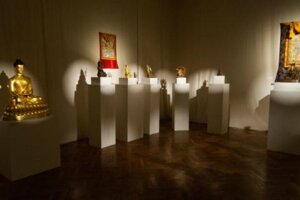 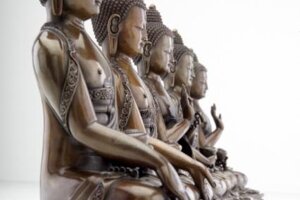 The exhibition is accompanied by several events – in Slovak, however. The artworks are described also in English and after previous arrangement (two days in advance) at 0911 325 511, a brief guided lecture in English can also be made.

The collection can be visited in the SNM building at Vajanského nábrežie in Bratislava, daily except for Mondays, between 9:00 and 17:00 until March 22. More information can be found at www.spaceandjoy.sk.