WHEN hearing “Boney M”, most people recall one of the popular bands of 1970s and 1980s with their staple hits like Ma Baker, Rivers of Babylon, Daddy Cool or Rasputin. It may seem that only those who can remember them in their heyday fall for the “vintage nostalgia”. 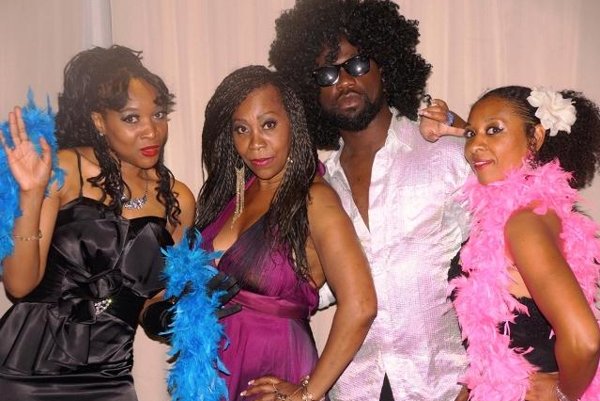 However, this is what the frontman of The Sounds of Boney M project, Sheyla Bonnick, said for The Slovak Spectator: “Most audiences world-wide range from 5-105. No exaggeration. We’ve found all generations are familiar with these tunes. Children and grandchildren learn about it from their parents and grandparents.” She added that they have found, however, that Daddy Cool and Rivers of Babylon are the most known and popular throughout the world.

The Sounds of Boney M will play on March 12 at 19:00 also in Bratislava, in the local Hant Arena. Bonnick, one of the original Boney M members, will play with Angela Anuforo, Maya Chewaluza, and Noel Mascoll. The original band Boney M was founded by German producer Frank Farian, and after splitting, the four musicians launched individual careers, playing in other formations or solo, including the biggest hits of the legendary grouping.

The Sounds of Boney M will be supported by the students of the Bratislava Music Conservatory which celebrates its 95th anniversary this year – and thus, they have got the chance to play for bigger audiences than they can normally get, the organisers of the concert informed.

After the concert, the oldies’ disco will conclude the night.

Asked about the previous stints, or their impressions of Slovakia, Bonnick answered: “Yes we came to your gorgeous country around 20 years ago. I personally was there with Maizie Williams of Boney M a few times. We always seem to come too late to see much but enough to conclude that it's a beautiful welcoming part of the world.”

“We’ll play most the greatest hits,” the frontman said about the list of tunes to be played. “Please understand that if we were to play all Boney M hits we would never leave the stage. Songs include Rivers of Babylon, Brown Girl and Daddy Cool to name but a few. We select according to the audience but it's mostly all the hits known by the majority of the world.”

The tickets can be bought through predpredaj.sk or in some selected centres and shops, more information can be found at citylife.sk.