Wine was bottled in Luková at record altitude

THE RESTAURANT in the reconstructed premises of former middle station of the cableway at Luková in Jasná ski resort saw a record in bottling wines at a record altitude. 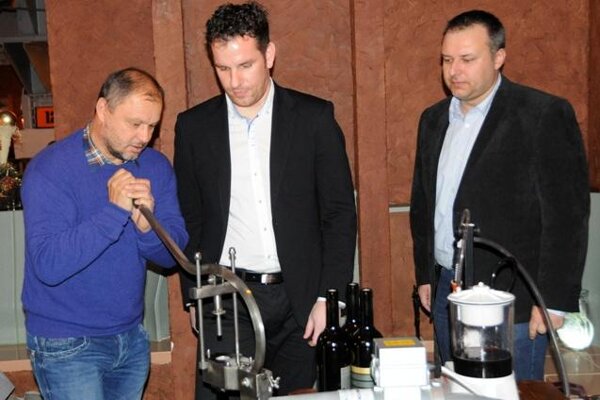 “I chose the king of red wines, Pinot Noir, for this occasion,” Martin Pomfy of the Mavín winery in the village of Vinosady in the Small Carpathians told the TASR newswire. “It matured in our cellars first for one year in big barrels, and then for seven months in used French wooden barriques, to enrich the flavour of this wine.”

The bottling is a process when a vacuum pump sucks the air out of the bottle and while under pressure, wine is drawn in. This ceremony took place on the Valentine weekend, on February 13, and the wines were then put into dark bottles with cork plugs – “the wine does not like air and light”, Pomfy said. 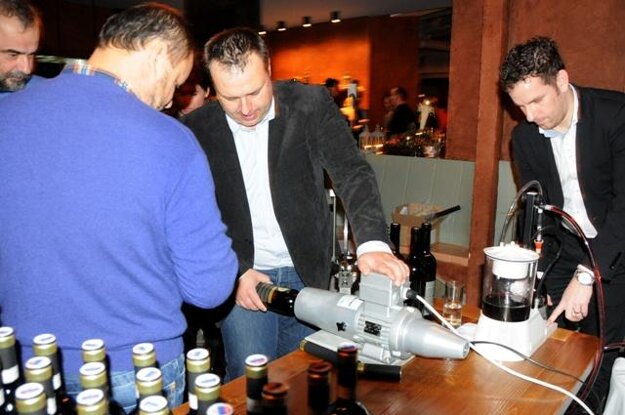 The record was confirmed by a commissioner of the Book of Slovak Records, Igor Svítok, who also said that last year, the opening of a 9-litre bottle of sparkling wine by a sabre cutting – sabrage, marked another record at the same site – with the altitude of 1,670 m over sea level. This time, more than one hundred bottles of wine were bottled; and as nobody has attempted anything like this so far, this can be called the founding Slovak record.