MAROŠ Šefčovič believes that the current energy system in the European Union is unsustainable in the long term and that the European Energy Union, of whose implementation he is responsible for at the European Commission, should solve the situation. 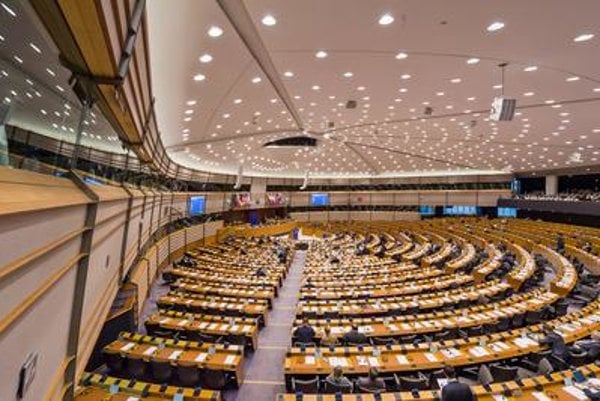 “It’s the biggest energy project since the Coal and Steel Community,” Šefčovič said on February 25 when launching the ambitious plan in Brussels and recalling the precursor of the European Union established in 1951 as cited by Reuters. “It’s a very deep energy transition.”

One week earlier, on February 17, he attended the European Energy Network, a session of representatives of European energy innovation agencies in Bratislava organised by the Slovak Innovation and Energy Agency (SIEA) and presented the Energy Union and main ideas behind it.

“The major mobilising factor that pushed the energy union to the top of the political agenda was the repetitive energy security concerns we have had in Europe, especially in central and eastern Europe,” said Šefčovič, adding that each summer European countries worry what will happen next winter and recalling the particularly traumatic experience from January 2009 when Russia completely stopped the natural gas flow via Ukraine halting all Slovak industry.

Another reason for the launch of the energy union project is high energy dependence as the European Union imports 53 percent of its energies from abroad paying €400 billion annually for energy imports.

“We are the biggest [energy] client in the world, we pay on time and I have to say we are not treated as somebody who is so reliable,” said Šefčovič, adding that we do not know how to sell ourselves as one entity. “I think that the call for stronger energy diplomacy, for a one-voice approach which comes to the discussion with our partners that are supplying us with energy should definitively be increased.”

Energy security and prices of top importance for Slovakia

Regarding the strategic framework for the energy union, the approach to this issue is from a holistic perspective, it is based on five dimensions while there will also be an action plan to make this energy union a reality. This would include concrete proposals for new and amended legislation and for policy decisions that the European Commission President Jean-Claude Juncker’s team would like to realise over a course of five years, according to the mandate they received from the European Parliament and citizens.

The first dimension is energy security, as the EU is the largest energy importer in the world with a significant portion coming from Russia. Some EU member countries are more dependent and thus vulnerable and this is why Šefčovič stresses the importance of solidity and wants the energy union with a solidarity clause.

The second dimension of the energy union is the internal energy market in Europe.

“Instead of creating a single energy market we actually re-fragmented the EU market into 28 national markets,” said Šefčovič, adding that to make this happen technical and regulatory barriers should be brought down while this should also include addressing different support schemes of renewable energy sources. More than €120 billion is used per year on different kinds of energy subsidies while each country uses its own and different scheme. All these prevent a free flow of energy, benefitting from the fact that the EU is the biggest energy market in the world.

Energy security is close to another dimension that is energy efficiency which Šefčovič sees as alarming that the EU annually spends 40 percent of energy bills on heating and cooling of buildings.

“It’s wasting money,” said Šefčovič. “On top of it, we have technologies, we have projects to improve energy efficiency; this is win-win for everybody. Why it is not happening on a bigger scale?”

The fourth dimension is decarbonisation of EU economies while in this respect Šefčovič recalled that the EU agreed in October on a binding target of reducing domestic greenhouse gas emissions by at least 40 percent by 2030.

The research and innovation strategy is the fifth dimension of the energy union project where Šefčovič stressed that the cheapest energy is the one not consumed.