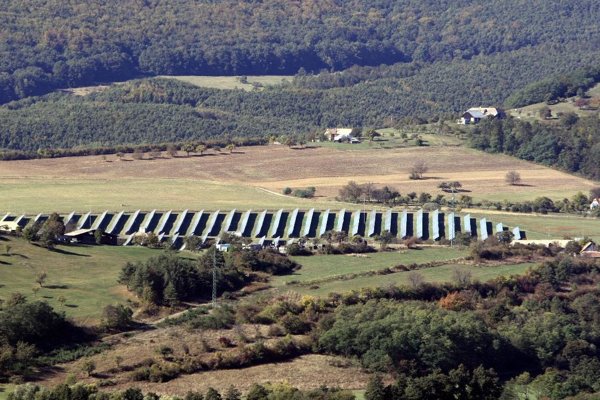 RENEWABLE energy sources are not only suitable for mass energy generation but also offer an alternative for households to decrease their energy bills or fill their energy needs in more environment-friendly ways. But experts and market watchers note the general usage of renewable energy sources (RES) by households in Slovakia is low and blame a lack of information and a dearth of support schemes.

“The awareness of Slovaks about usage of renewable energy sources is still very low,” Ladislav Židek, the general director of Biomasa, an association that promotes the potential of biomass in Slovakia, told The Slovak Spectator. “Even the few organisations that promote them are often disdained.”

This is because, according to Židek, people associate them with lobby groups and blame them for increasing prices.

“But it’s not renewable energy sources that are responsible [for the increase in electricity prices] after high subsidies were implemented several years ago,” Židek said, recalling generous feed-in support schemes leading to a massive increase, for example, in photovoltaic power stations.

Pavel Šimon, deputy director of the Slovak Association of Photovoltaic Industry (SAPI) confirmed that Slovaks are conservative in their utilisation of RES.

“In Slovakia, there are about 3,000 electricity producers from renewable energy sources and combined production of energy and heat,” Šimon told The Slovak Spectator. “In the Czech Republic, there are more than 20,000 producers. Last year, the United Kingdom connected more than 125,000 roof power plants even when they get less sun than we do.”

In respect to the utilisation of RES by households the Economy Ministry points out an extensive natural gas distribution network, which means that natural gas as an environmentally acceptable fuel is accessible for more than 90 percent of households, Economy Ministry spokeswoman Miriam Žiaková told The Slovak Spectator.

Biomass in the form of fuel started to be used more intensively after 2000 when natural gas prices started to grow. Biomass became a cheaper alternative.

“Because support schemes are more available in some neighbouring countries, but especially in Austria, it is obvious that utilisation of RES in Slovak households is at a lower level than in these countries,” said Žiaková.

The most used renewable energy sources are biomass and solar energy while potential is far from being fully used.

“Many well-informed or more solvent people use in their households, especially when building a new efficient house, heat pumps, solar collectors as well as photovoltaic panels,” said Židek. “Wind energy is utilised much less.”

Žiaková recalled that while in the past especially biomass and solar collectors for heating and hot water were the most popular, the interest in photovoltaic panels and heat pumps has increased in recent years.

“The increasing interest in home-generated electricity can be reasoned by huge price fall of photovoltaic panels, which makes them a good alternative to the traditional energy supply,” said Žiaková. “Heat pumps are technologically developed facilities with a higher input investment... which however have lower costs of operation.”

Experts perceive biomass fuels, solar energy, and the low-potential heat, used by heat pumps, the most suitable for households in Slovakia. Žiaková specified that while the latter two energy sources do not emit pollution, in case of biomass boilers households should look at the combustion efficiency. Better boilers have less impact on the environment.

Šimon sees photovoltaic energy and accumulation as the best future prospect, while accumulation is still moderately uneconomical. But he sees space for more support from the side of the state.

Židek does not see financial support from the side of the state as inevitable.

“It is also important that there is enough information; that renewables are not disdained and attacked by politicians,” Židek said.

With respect to support schemes Židek added that people are also disgusted and discouraged by information about support, which they often cannot get.

In the past the Economy Ministry ran several support schemes. In 2009 it launched the first subsidy programme of €6.6 million for solar collectors and biomass boilers, Žiaková said. In two years, 5,410 solar systems were installed in family houses and 39 apartment buildings.

In total 1,427 households got a contribution for purchase of a biomass boiler. However, the programme ended in 2011 after all the money was spent, she said.

In the near future Slovak households should have at disposal €115 million for installation of five kinds of RES technologies. These will include biomass boilers, solar collectors for heating or warming up water, heat pumps, photovoltaic panels as well as wind turbines for generation of electricity with the output up to 10 kW, the Energia.sk website wrote last November. While €100 million should arrive from EU funds, the state should contribute €15 million.

As Svetlana Gavorová, general director of the Slovak Innovation and Energy Agency (SIEA) told Energia.sk, this will be the first time the European Commission agreed to allocate EU funds directly to households.

The support for individual facilities will be calculated according to installed capacity with a return on the investment generated up to 10 years. The scheme should start later this year.

Experts in renewable energy sources take the plan with a pinch of salt.

“’I can hardly imagine it in practice,” said Židek. “I am highly suspicious that it will be very complicated for ordinary people and, on the other hand, accompanied with clientelism. But we have to wait and see.”

Šimon perceives the scheme in a negative way.

“We have been claiming for more than a year that photovoltaics, but also many other technologies are economically self-sufficient,” said Šimon. “EU support only distorts the market and postpones investments by households.”

The Economy Ministry perceives this financial support for households as an innovative approach when it would be for the first time that households would be helped out from EU funds, said Žiaková. This approach should increase energy self-sufficiency and reduce the impact of RES on the electricity grid.

Žiaková recalled Slovakia has facilitated connecting of small energy generators up to 10kW to the grid as of January 2014. “The financial support links to this legislation and does not affect the end price of electricity for other consumers,” said Žiaková.

Nuclear power remains the main source of electricity in Slovakia when it made up 55 percent of 28,590 GWh generated in Slovakia in 2013. It was followed by hydropower stations with the 17.7-percent share, fossil fuel power plants with 15.7 percent. The rest of 11.6 percent accounted for power stations at companies and RES.

Slovakia has pledged to increase the utilization of RES from 6.7 percent of the final consumption of energy in 2005 to 14 percent in 2020.