Twelve years after signing contract no path for Bratislava-Schwechat pipe. 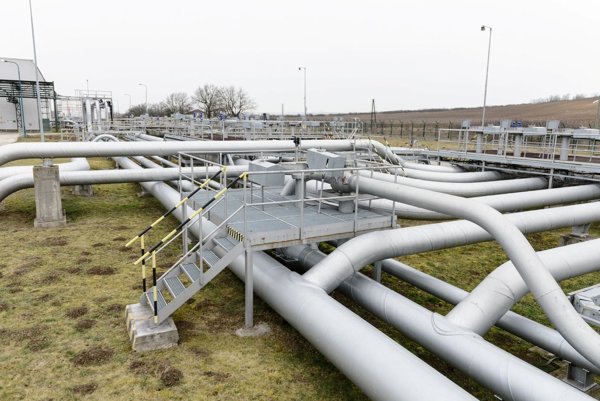 THE INTERCONNECTION project between Austria’s OMV refinery and the Druzhba pipeline remains in a deadlock with its route through Slovakia still the main sticking point. While the Slovak Economy Ministry sees the so-called city corridor going through Bratislava as the best route, the capital city’s new mayor, Ivo Nesrovnal, is against it.

“We doubt neither importance nor strategic relevance of the oil pipeline, but the proposed corridors lead through the densely built-up Petržalka neighbourhood and through protected areas with sources of drinking water, which we cannot agree with,” Nesrovnal said during a meeting with Austrian Ambassador Helfried Carl in mid January as cited by Bratislavské Noviny.

Bratislava officials deem possible groundwater contamination as a key risk. City representatives denied the proposed pipeline’s route initially in a mid-2014 resolution and they have not changed their view, Ivana Skokanová, spokeswoman of Bratislava, told The Slovak Spectator. She added that the Austrian portion of the pipeline leads outside protected and populous areas.

“We will wait for the final route option and then we will inform about other steps,” said Skokanová.

The Slovak Economy Ministry believes the pipe would significantly strengthen the country’s energy security. As it writes in the latest Energy Policy adopted in November 2014, the European Commission has included the project into the category of strategic energy interconnections.

The plan is to connect the Druzhba pipeline with the Austrian pipelines ending in Schwechat with a capacity of 3.25 to 5 million tons of oil per year, BSP Bratislava-Schwechat Pipeline company, writes on its website. BSP was launched in 2003 in Vienna as a joint venture of Slovak Transpetrol and OMV to build and secure operation of a new oil pipeline.

The length of the pipeline ranges between 80 and 150 kilometres depending on the route. Since the very beginning the route has been a topic of controversry. During previous discussions routing via Žitný Ostrov, the biggest drinking-water reservoir in central Europe, was excluded.

BSP is currently working on detailed alternatives of the pipeline route within one of the routes of the city corridor, Robert Nemcsics from BSP told The Slovak Spectator. He added that experts and independent evaluators have assessed this route as the most advantageous from the viewpoint of ecology, legislation, economy and other assessed parameters.

Compared to other alternatives it is also the most affordable solution, and BSP already bought land in the Austrian region of Burgenland. About €10 million went to the purchase of the land, the Hospodárske Noviny economy newspaper wrote.

The preferred route begins in the connection point to oil pipeline Druzhba in Veľký Biel, goes below the Danube River. Afterwards it goes on via the premises of University of Economics in Petržalka, Dolnozemská street towards the hospital at Antolská and enters Austria at the Jarovce – Kittsee border crossing.

The Austrians say they are ready to launch construction on the 70 kilometres of pipe, four-fifths of the whole length, joining Jarovce-Kitsee up to Schwechat refinery, according to Nemcsics.

“Work on this stretch is possible almost immediately and depends exclusively on solving the route on the Slovak part,” said Nemcsics.

According to Nemcsics, the goal of negotiations of the Slovak Economy Ministry and BSP with experts as well as Bratislava representatives is an agreement about the final version or alternative of the pipeline route.

Since 2009, activists of the NGO Nie ropovodu have been highlighting potential dangers of the oil pipeline’s impact for the environment and drinking water. Since the government rejected the route through Žitný ostrov five years ago any new Environmental Impact Assessment study has not been done.

“The task of our association is not to look for suitable routes, this is a power of Transpetrol or its daughter company BSP,” Liliana Rástocká, member of Nie ropovodu, told The Slovak Spectator. “We as a NGO are pointing out risks of the routing, focus on protection of the country and drinking water.”

While the Economy Ministry argues that the pipeline would decrease Slovakia’s dependency on Russian oil thanks to linking the Trans Alpine Leitung pipeline (TAL) that leads from Trieste in Italy via Austria and Germany to the Czech Republic, Rástocká observes that there is not known any contract on reverse flow from TAL from Austria. Nie ropovodu also thinks that it is too early to make conclusions about advantages of the pipeline to transport Russian oil due to the unpredictable Russo-Ukrainian conflict. Rástocká also believes that the public on the Austrian side is even less informed about the project that in Slovakia.

Nie ropovodu also points out that while there are two potential routes now under discussion, the final route and the whole project is not known.

Slovakia, which imports 99 percent of its annual crude oil consumption, built its section of the Druzhba oil pipeline in the 1960s and 1970s. The Druzhba starts in the Russian Federation, continues through Belarus, Ukraine and Slovakia to the Czech Republic. One of its arm leads to Bratislava’s Slovnaft refinery. The transport capacity of its Slovak section is 20 million metric tons per year. The second pipeline of the Slovak oil pipeline system is the original branch of the Druzhba oil pipeline leading from Šahy to Hungary, which was, at the beginning, used to supply oil to Hungary. In the territory of Hungary, this branch is linked to the Adria oil pipeline.

The Hungarian MOL group and Transpetrol have just completed reconstruction of the 128-km oil pipeline between Slovakia’s Šahy and Hungary’s Százhalombatta with the price tag of €70 million. If necessary, Slovakia will be able to import crude oil through it from ports on the Adriatic Sea. The prime ministers of Slovakia and Hungary Robert Fico and Viktor Orbán, respectively, opened the reconstructed pipeline Febraury 9.

The reconstruction of the pipeline is an important element with regard to strengthening energy security in central Europe. The pipeline has become a full-fledged alternative for oil supply from the Adriatic for refineries in Hungary, Slovakia and part of the Czech Republic. It also creates a marketplace for the operators of pipeline networks in the region in cases of its reverse operation and transport of oil from the Druzhba pipeline via Slovakia and Hungary to countries on the Adriatic, according to TASR.