Experts monitor the danger of electric wiring for birds

IN FEBRUARY, the danger of electric wiring for birds is being monitored also in eastern Slovakia. 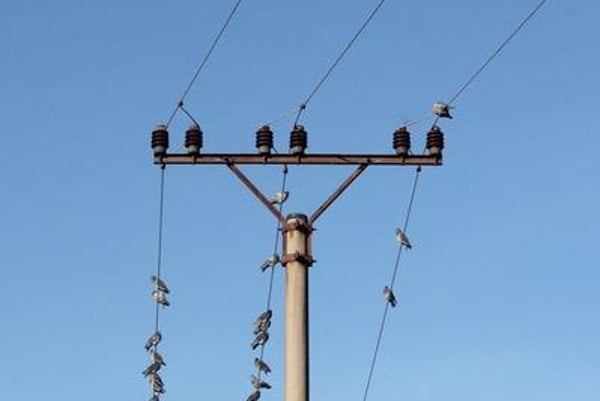 The Raptor Protection of Slovakia (RPS) has been doing this within the project of protecting preferred species of birds on the Natura 200 territories. RPS collaborates with the Východoslovenská Distribučná power distribution company.

Lack of snow enabled experts to scrutinise wiring and determine whether it is dangerous and whether birds fly into it. More than 8,000 kilometres of wiring in Slovakia are currently monitored by more than 50 specially trained experts.

The study is made within the project LIFE Energy in the Country and the monitoring consists of two parts: the first started in January 2015 and lasts until March, while the danger rate of individual sections of wiring is evaluated.

“In the first month, we monitored about 1,200 km of wiring,” Ervín Hapl of RPS told the TASR newswire. “Afterwards, the second phase will begin which shall last until February 2016. The dangerous sections will then be checked: all wiring will be checked twice, and the risky sections even 10 times. The sections where impacts of birds are found will then be ecologised by installing elements making them visible for the birds.”

Východnoslovenská Distribučná (VSD) and other energy companies will provide the resources for the ecologisation as financial investment to co-finance the project, with VSD giving almost €210,000 within five years. The European Commission will contribute €1.4 million.

This phenomenon is known but has not yet been studied systemically; only since 2010, initial studies have been made which confirm how serious this problem is and what negative impact it has on wild birds especially during migration time as well as during nesting.

Partners of the project are VSD, Západoslovenská Distribučná, the University of Veterinary Medicine and Pharmacy in Košice and the State Nature Conservancy of the Slovak Republic.