IN THE 1st round of the Davis Cup of tennis during the weekend of March 6-8, the Slovak team won over the Slovenians 5:0 in Bratislava’s NTC Arena and made it to the second round of the Euro-African zone of the DC. 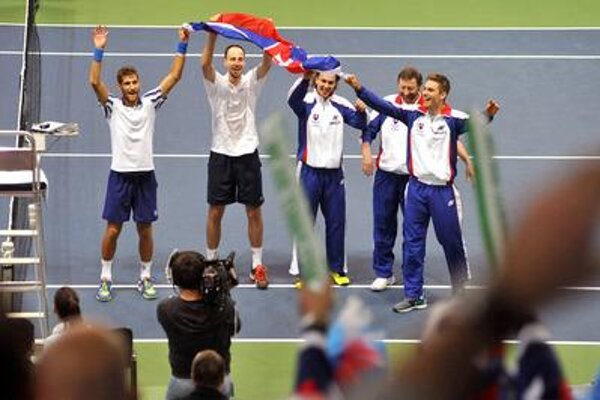 There, they will meet the Romanian team on July 17 to 19; Romania beat Israel.

Martin Kližan is the focal personality of the Slovak team, Sme wrote. In the Slovenian squad, Kočevar-Dešman replaced the still not fully healed Blaž Kavčič.

“I would not have thought before this match that we would decide the round in only three matches,” Slovak team captain Miloslav Mečíř told Sme, adding that this was the best possible outcome.

In the era of independent Slovakia, this is the sixth time that Slovaks won with the biggest possible difference of points, while its the second time without allowing even a single set to be won by opponents (after a similar course of events in 2009 against Macedonia). The Slovenians missed Blaž Rola, Aljaž Bedene and also Kavčič, SITA wrote.

Mečíř said about the upcoming round of the Davis Cup: “Every team can take the advantage of playing at home. They can make things hard for opponents. Fortunately, referees are much better now than they used to be. We have to prepare for a hard match; but if our boys turn out in good form, they will surely have a good chance,” he told SITA.