IN SUMMER 1962 Polish citizen Józef Kolarczyk tried to cross from Bratislava's Petržalka neighbourhood into Austria. Though he managed to overcome one barbed wire fence a  2,000 volt charge from a second fence kill him instantly. 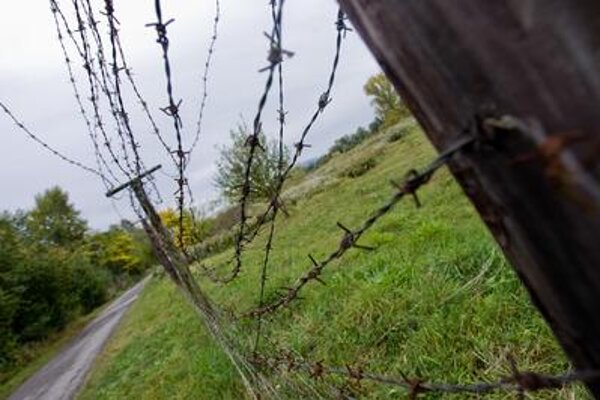 Electric fence using lethal voltage killed 91 people who tried to cross the border between 1951 and 1965. Czech police are investigating 90-year-old Lubomír Štrougal, who served as interior minister from 1961-1965 as somebody responsible for these deaths. They have classified the case as a crime against humanity and are preparing to prosecute Štrougal by the end of March. Slovak authorities have dismissed the case.

“The communist regime did not want to stop or stun anyone,” said Jerguš Sivoš of Nation’s Memory Institute (ÚPN), as quoted by the Denník N daily. “It wanted to kill everyone who invaded the borders.”

Even if the case went to court Štrougal would likely only be accused of abusing power or posing a general threat. He could get 10 years behind bars for those crimes, Mladá fronta Dnes, the Czech daily reported.

The reason is that the Czech Office of the Documentation and the Investigation of the Crimes of Communism (ÚDV) investigates whether lethal electric fence wires fulfilled regulations of that period. The Czech police search archives with the aim to prove that the highest state representatives including Štrougal knew about electricity in the wires and approved of it.

Some evidence could speak even in favour of Štrougal, for example, some documents say that he gave order to turn them off.

“The maintenance of such a fence was too costly and not many people were tying to leave the country after the political situation became milder,” Czech investigator Eduard Kočvara told Idnes.cz news webpage.

Czech journalist Luděk Navara and musician Jaroslav Hutka filed a criminal complaint related to the fence in 2008. They were inspired by ÚPN which approached the General Prosecutor Office (GP) in the same matter also in 2008. It took less than three years for Slovak police to say that no crime was committed, Denník N reported.

The complaint of former ÚPN employee Ľubomír Morbacher pointed not only on those who died by electricity, but also on those who were shot to death or killed by dogs when trying to cross borders. He demanded GP to investigate the case as crimes against humanity which would mean there is no statute of limitations.

The GP, however, divided particular cases and ordered several investigators to deal with them as regular murders. Within three years they were gradually stopping their cases arguing that no crime was committed since those acts did not violate legislation of that period.

“I don’t consider the fact that the electric-wire barricade did not contain warning that it uses high voltage as decisive,” wrote in his decision one of investigators Andrej Ábel in 2011, as quoted by Denník N. “because it was placed behind the first wall of wires in a restricted area marked by entry ban sign and in border area where pass-check was demanded.”

Ábel added that electricity in wires was not installed with the aim to kill people even if it could be presumed that physical contact with wires causes death or serious injuries. The voltage varied from 2,000 to 4,000 volts which is a lethal amount however the investigator did not request professional opinion to prove it, Denník N wrote.

“Police officers defended secret norms of communist regime and we cannot understand it,” Sivoš told Denník N. “Basically, they were saying that people who tried to escape were committing crime.”