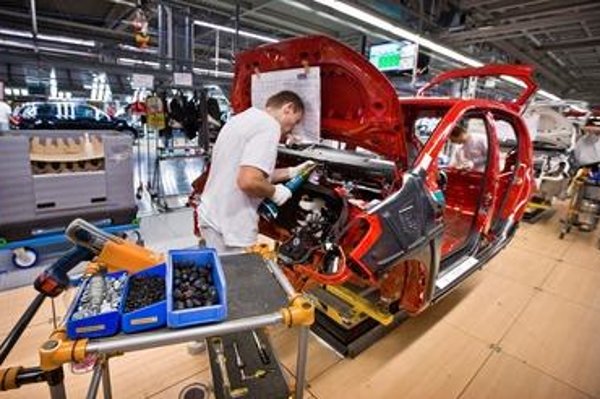 In the beginning of the year the company informed about investing €500 million into modernising and expanding its body shop. Most recently, it presented a plan to invest €300 million into a new assembly shop. The company will also seek 300 new employees, the Hospodárske Noviny daily reported in its March 10 issue.

The reason for investment is an increase in the production capacity.

“It is a response of the applicant to the development of the worldwide market in the field of SUV segment C,” the Economy Ministry wrote, as quoted by Hospodárske Noviny.

The carmaker said it will start hiring new people only after construction is complete. It will not only look for temporary employees hired via agencies, but also for normal employees, the head of Volkswagen’s trade unions told the daily. This will be allowed by the agreement between the trade unions and the company.

The carmaker did not want to comment on the information.

“It is part of Volkswagen Slovakia’s plans for 2012-2016 to invest €1.5 billion,” company’s spokesperson Vladimír Machalík told Hospodárske Noviny. “We will publish further details on the investment when the time comes.”

The Bratislava-based carmaker is not the only one planning investment in Slovakia. PSA Peugeot Citroën situated near Trnava wants to invest €80 million into production of a new car model. According to Hospodárske Noviny, the French firm will make here a completely new SUV model which will replace the Citroën C3 Picasso.

As SUV cars are very popular now, market watchers expect the company may conquer the market and gain new customers.

The daily also refers to the information of the Aktuality.sk website that the total investment into the production of new Citroën will amount to €300 million, of which €80 million will be invested into modern technologies at the Trnava-based plant, especially its welding shop.