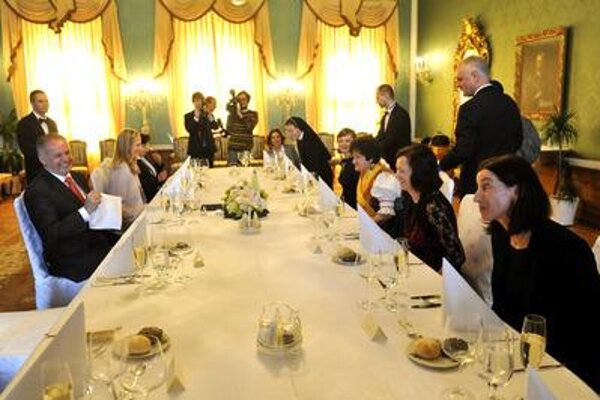 While the party organised a series of meetings across Slovakia, the president invited 10 randomly selected women from various spheres for a lunch in the Presidential Palace on March 9.

According to Kiska, Slovak society must create conditions for women in order to enable them to fulfil their duties, dreams and ambitions in any role they desire. Among the invited women were a nurse, a bus driver, the mother of a family with many children, representative of seniors, a medical student as well as a female Slovak compatriot, the TASR newswire wrote. 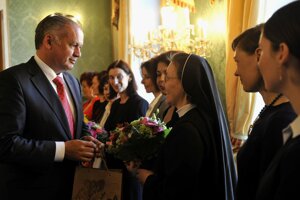 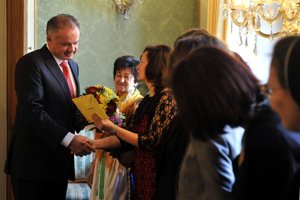 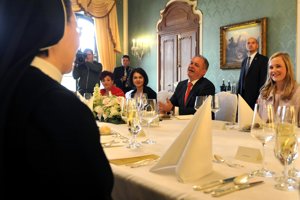 Kiska underlined for journalists that he is well aware that women face more challenges in their lives than men.

“They need to fulfil a number of important and indispensable roles: they are mothers, often family providers and also harbour ambitions to become successful at work,” the president said, as quoted by TASR. “The society should support them on each of these paths and in every aforementioned sphere.”

The ruling Smer party, as every year, convened the meetings with women in altogether 23 towns across the country, the private broadcaster TV Markíza reported. They have been taking place since the beginning of March. Prime Minister Robert Fico, however, had to cancel his participation in some of the most recent events as he caught the flu.