SLOVAK post already prepares for the celebration of Easter, preparing a special stamp, first-day cover (FDC) with an FDC stamp containing the festive motif. It will be enriched in the eucalyptus fragrance. The motif will be the work of influential Slovak visual artist Karol Ondreička called “The Head of Christ” from 1940. 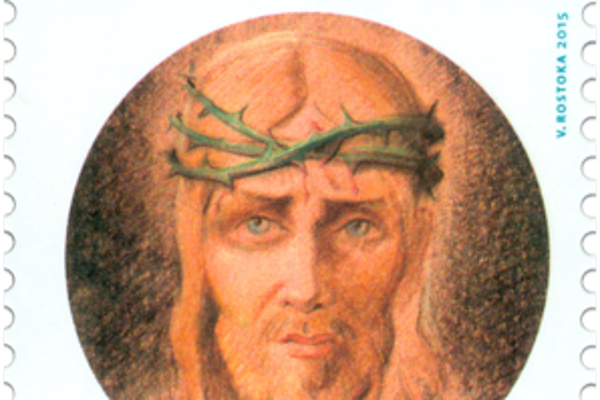 “The scented essence is applied either directly into one of the inks during printing, or the whole surface of the stamp after printing is varnished with perfumed essence. It has thermo-sensitive character meaning that after the stamp surface is rubbed, the scent is released and it keeps at the stamp for several months,” spokeswoman of the SP, Stanislava Pondelová, informed the TASR newswire.

Simultaneously with the stamp, the FDC will be issued, with the motif of the crucifixion of Christ on Ondreička’s artwork form mid 1930s called “Under the Cross”. The author of the stamp, FDC and FDC stamp is painter Vladislav Rostoka.

The stamp, printed in Prague, appeared beginning March and has a nominal value of €0.45. (The Easter falls on the first days of April this year).