BANSKÁ Bystrica organised crime boss Mikuláš Černák testified against the gangland boss from eastern Slovakia Branislav A. before the panel of the Bratislava I District Court in the case of a double murder in Most pri Bratislave in 2004. 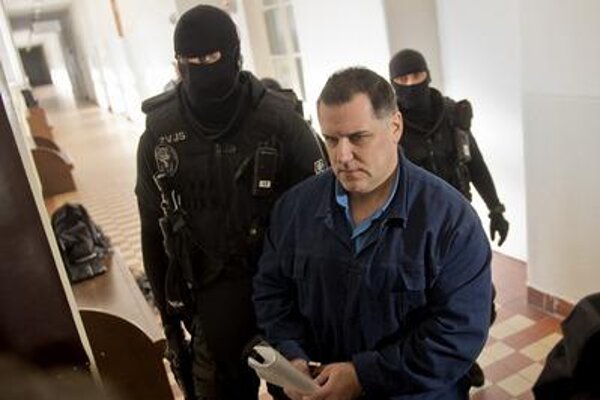 Černák himself has been sentenced to life for several murders, the TASR newswire reported on March 10.

The Banská Bystrica boss explained at court that every four years he is brought to the court where he has to disprove the “lies of third-class mafia members” and that he is psychically tired of it. Therefore he decided to start talking after 16.5 years.

“I feel ashamed for my dark past and will testify,” Černák added, as quoted by TASR.

According to him, Karol M. who is currently living in Belize, “failed in assassination and monitoring of former police officer Juraj G. when in the end an innocent woman and a child died in Most pri Bratislave”.

“Branislav A. was to be a shooter and he was to execute the boy and the woman in the car,” Černák said, as quoted by TASR. “The spouse and son were literally executed by the submachine gun. That is the reason why I am testifying.”

He further stated that it was Radoslav M. who ordered the murder and he addressed Karol M.

He also confirmed that he was in contact with Branislav A. in 2010 when they were together in the Ilava prison. They were preparing together the strategy of their defences. They were committing serious crimes, including murders, in the 1990s, together with Ivan and Karol M. who joined their group in the mid-90s, the boss claimed. In this respect he also wrote a letter to the General Prosecutor’s Office last March, which also made it to the panel of the district court, TASR wrote.

“The motive of the murder of Juraj G. was to be, according to my information, the effort to get his share in some gaming clubs where Karol M. was to be placed later,” Černák said.

His testimony lasted nearly two hours. The judge then postponed the proceeding to early May.

Černák says he wants to cooperate with criminal authorities in their investigation of altogether 32 mafia murders, TASR wrote.