THE STATE-run freight railway company ZSSK Cargo signed a deal on the sale and purchase of wagons with the winner of the competition, Swiss firm Ahaus-Alstätter Eisenbahn Cargo AG (AAE). 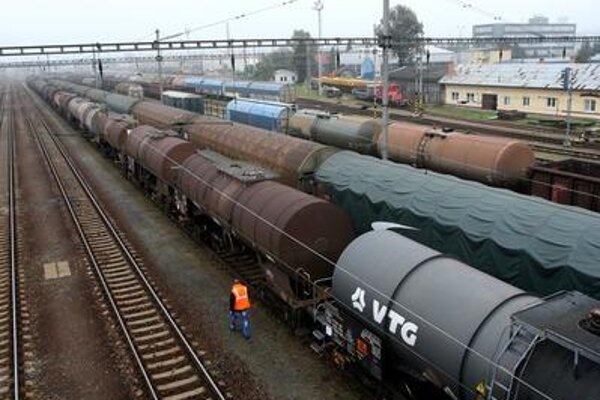 Based on the deal AAE will get 66 percent of the basic capital in the subsidiary of the state-run freight carrier Cargo Wagons. Both sides also signed the shareholder agreement which concerns their mutual relations, the SITA newswire reported.

The final documents, which have already been approved by both firms, will be signed after getting permission from the authorities supervising the competition and after registering the transfer of the shares. These concern the sale of 12,324 wagons of ZSSK Cargo to the Swiss firm and the then rental of 8,216 of these wagons by the state firm, as well as a bank loan whose aim will be to pay part of the commission for transferring the wagons.

“ZSSK will subsequently get €216.6 million for the sale of wagons which it will use to reduce its debts,” company’s spokesperson Martin Halanda said, as quoted by SITA, adding that the whole process may be completed in May 2015.

AAE offered €7 million for the 66-percent share in Cargo Wagon, while the minimum price was set at €6.6 million. It also promised that after purchasing the wagons it will offer them to ZSSK Cargo for an eight-year rental period with an option for another eight years for €10.35 per wagon per day. The renting of wagons for eight years will cost the state more than €248 million, SITA wrote.

The entrance of the strategic partner to Cargo Wagon is part of the proposal of measures to consolidate the state-run freight railway transport adopted by the government in July 2013. ZSSK Cargo started the international competition in October 2013. It was won by AAE last June.