Player with a mask surprised Slovan

VISITORS to the football match between Slovan Bratislava and Spartak Trnava could see the latter’s player Miloš Nikolič playing with the special mask which was protecting his broken nose. 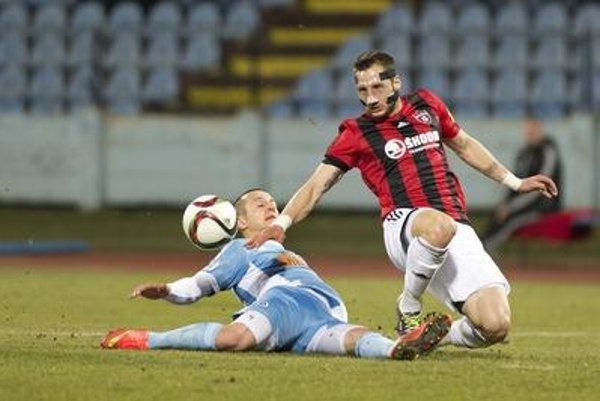 The match took place at Bratislava’s Pasienky stadium on March 10 and was attended by some 4,300 fans, making it the highest visitor rate compared to other matches. It ended in a 1:1 tie.

Nikolič, who led the defence of Spartak, broke his nose in the first spring match against Myjava. He was not playing before this game as he was waiting for the mask, the Sme daily wrote on its website. He was also the first to score in the March 10 match.

The match was halted in the 25th minute for two minutes because of the smoke coming from the sector where Slovan’s fans were sitting. The commentator notified the spectators several times not to throw pyrotechnics because the match will be either halted or abolished. During the second half somebody from the Trnava fans threw a firecracker which fell close to one of Spartak’s players, Sme wrote.

The match was played only on the third attempt. For the first time it was postponed because of the illness of Trnava’s players, for the second because of bad terrain at Pasienky stadium.