COMPETITION on Slovakia’s mobile market is sharpening, but the country's fourth mobile operator, Swan, has thus far failed to agree on national roaming policies with any of three established service providers. 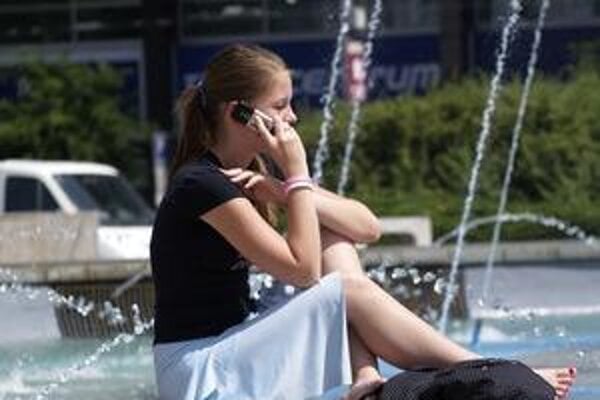 “While negotiations with mobile operators about national roaming are protracting, we do not want that our clients are limited,” said Juraj Ondriš, the head of the board of directors of Swan. “Contrary to this, we want to give our clients the opportunity to try the LTE technology.”

As of March 13 those interested can subscribe to the service for the initial fee of €5 and monthly fee of €5 while there is no minimum term for which a client should subscribe. For this price subscribers will be able to use mobile data services with the speed up to 50/10 Mbit per second. For now the service is available for more than 30 percent of the population in 50 towns across Slovakia while the coverage should increase along with gradual expansion of Swan’s network.

“We assume that you will perceive the price as exceptional,” said Martin Mosný, the director for strategy and development of Swan, when introducing the data service.

The data service, sold under the name 4G Internet v1.0, will be available until the end of this year while the company refused to specify whether it would continue to offer this service.

Roaming a source of tension

On February 23, Bratislava court issued on request of Orange Slovensko, the biggest mobile operator in Slovakia, a preliminary injunction based on which Orange does not need to provide the national roaming to Swan. Orange argued that its network is not prepared for usage by two mobile operators and that a danger of the failure of the network can be prevented only by extensive technical measures and investments exceeding €1.6 million, according to the Pravda daily.

Swan has responded with filing a complaint as it believes that during the auction of frequencies two years ago one of operators committed a fraud. General Director Miroslav Strečanský explained at a press conference on March 12 that provision of the national roaming was one of conditions based on which the mobile operators received their licenses. And when Orange now claims that it is not able to provide the service of national roaming, it is actually violating conditions of its license.

The preliminary injunction does not pertain on other two mobile operators, Slovak Telekom and O2.

While Swan claims that it has met the 20-percent coverage threshold, the Regulatory Authority for Electronic Communications and Postal Services (RÚ) has not confirmed it as yet.

Swan obtained 4G network frequencies for €6.6 million in 2013. It plans to provide mass voice services in cooperation with the state postal services operator Slovenská Pošta under the brand Poštatel and focus on more sophisticated services under its Swan brand. In total it plans to invest €100 million.