Books publishers allege J&T is trying to corner the market 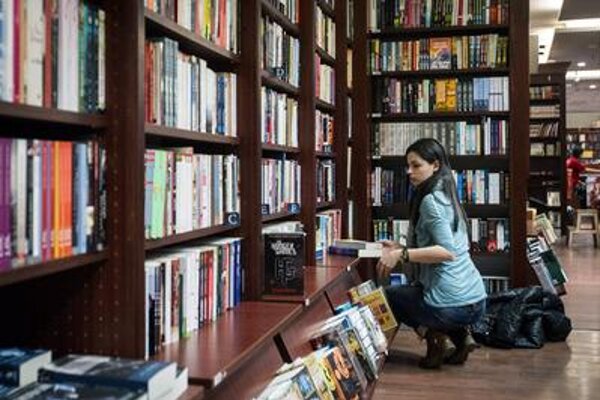 The publishers accuse J&T of attempting “to monopolise the Slovak book market”.

“We do not consider the procedures Panta Rhei uses in this process to be fair and honest as they bring arrogance and dishonest practices into the book market,” reads the joint statement.

The publishers referred to proposals concerning what they say are inappropriate and – for them – disadvantageous market and trading conditions, as well as proposals to distribute books exclusively via Ikar, which is owned by J&T.

Panta Rhei dismissed the accusations as “the expression of feelings”. The bookstore chain stressed that it does not have a monopoly in the market, merely a share of about 30 percent. Nor will closer cooperation with Ikar result in the creation of a monopoly, it added in its official statement.

“The market is undergoing natural development and the proposed changes are the result of standard efforts by Panta Rhei to improve the operation of its supply processes,” the company told The Slovak Spectator in a statement. It added that its aim is to have reliable logistics and to ensure that there would be the same broad range of books available in all its shops across Slovakia.

It also rejected the claim that it is owned by J&T, stressing that it is only a client of J&T Banka, which has provided it with an operating loan. The Antimonopoly Office at first told the Sme daily that it had nothing to investigate, but later changed its position. It has now said that it will check the structure of the company and the areas in which it is active, as well as its position in the book market, Sme wrote in its March 18 issue.

Daniel Kollár, head of the Association of Publishers and Booksellers in Slovakia (ZVKS), says that the distribution proposals recently received by publishers are not normal. According to him, the changes may affect smaller publishers who issue non-commercial books in particular.

“Signing the commission agreement sent to publishers by Ikar will limit their incomes and they will become more dependent on distribution,” Kollár told The Slovak Spectator. He added that if they do not sign it, they will face problems placing their books, which together with other factors could contribute to them going out of business.

Meanwhile, Culture Minister Marek Maďarič entered the discussion. Though it is true that the publishing, distribution and sale of books are economic activities which observe market rules, “the book market cannot be considered a purely economic sector”, he said in a statement, as reported by the TASR newswire.

In this respect, Maďarič said that if there are any attempts to dictate “inappropriate and disadvantageous conditions which would threaten their [publishers’] existence and would eventually unify the Slovak book market”, there will need to be some response.

“The current situation points to the need to adopt some kind of book law,” the ministry wrote, as quoted by TASR. Such a law may, however, be adopted only by the next government, he added.

Panta Rhei sent publishers a letter in September 2014 in which it informed them that it was reducing the number of direct suppliers it uses, and migrating towards Ikar. Subsequently, Ikar sent a letter in which it announced its basic business conditions and included draft commission contracts with its general business conditions, Kollár explained.

According to the proposal, the bookstore plans to move the distribution of books, currently made by several suppliers, only to Ikar. Moreover, Ikar wants to increase its commission to 53 percent of the cover price, plus additional fees for various bonuses, maturity of invoices, damaged or lost books. The publishers will also have to pay more money for better placement of their books in the Panta Rhei bookshops, the Denník N daily wrote.

“We do not consider it right to let one distributor, who will subsequently be able to dictate the conditions to publishers on one hand, and to booksellers on the other, take control of the Slovak book market,” the publishers wrote in their statement.

Kollár told The Slovak Spectator that the proposed commission contracts contain nearly no rights for publishers and that they are disadvantageous and unbalanced for them.

The publishers were horrified by these proposals, and as a result the ZVKS initiated meetings with Panta Rhei in October and November 2014 at which they expressed their disagreement, Kollár added.

However, the bookstore said that the changes to its logistics should bring “more effective operation on both sides”.

There were two factors which influenced the decision to extend and consolidate the cooperation between Panta Rhei and Ikar. First was “the high level of professional trust which we have been building since 1993”, while the second was “the high level of personal trust”, the company said, pointing to the fact that both Ladislav Bödök and Igor Mrva serve on the statutory bodies of both firms.

Distribution was not the only problem cited by the publishers. They also referred to the activities of Panta Rhei, which tried to get new premises in the City Arena Trnava shopping centre that is currently under construction. According to them, “in an attempt to obtain commercial space the company crossed the borders of ethical behaviour towards its rival”.

Though they did not name the rival, several media outlets mentioned its recent dispute with bookstore Martinus. Its head Michal Meško wrote on the company’s blog on February 23 that they wanted to open a shop with café in the shopping centre. Though they had been discussing the opening with the developer since 2012 and even signed an agreement in 2014, the developer terminated the deal in mid-February 2015.

“The letter reads that the project changes allegedly occurred in our planned premises, because of which our bookshop cannot be there,” Meško wrote. “And that regarding the actual state of pre-lease they cannot offer us any alternative space in the shopping centre.”

Meško continued that they received the information in summer 2014 that they should terminate the agreement, as Panta Rhei wanted to sell books in the premises. The bookstore’s representatives subsequently confirmed the information they were interested in having a shop in City Arena.

“It is natural that Panta Rhei, as the biggest network of brick-and-mortar bookshops, tries to get the best commercial premises,” the bookstore wrote in a statement, adding that for this reason it showed an interest in space in City Arena in Trnava.

According to the company, it is up to the developer to whom it chooses to rent space. It stressed it does not consider competition over quality premises to be “unfair behaviour”.

Since the sales of most of the publishers who signed the statement have increased in the past few years, Panta Rhei considers all accusations as “tendentious pressure from our competitors, trying to harm us”.

The company told The Slovak Spectator that it had started intensive negotiations with all its partners and is seeking ways that will benefit them all.

“As we wrote in our statement, during the past 20 years we have always succeeded [in finding a solution], and we hope we will do it also now,” the bookstore added.

Kollár said that the ZVKS will continue its role as mediator of this problem and will try to “deepen the communication between the publishers and Panta Rhei or Ikar”. He is convinced that they will eventually reach a compromise over the issues.

The publishers also claimed in their statement that the only solution for a functioning book market in Slovakia is “the way of mutual respect, dialogue and cooperation on the principle of mutual benefit.”