THE RULING Smer party does not plan to kick former MP Vladimír Jánoš, who faces charges of abusing close and entrusted people, out of the party. Many colleagues say they do not perceive him as an aggressor despite emerging news that Jánoš faced a criminal complaint for abuse once before. 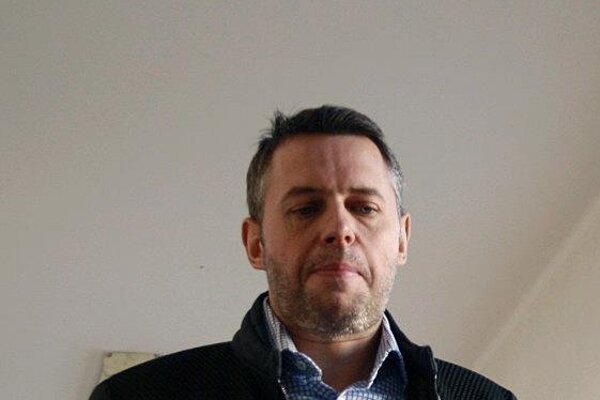 “We cannot deal with personal life of our particular members,” Interior Minister Robert Kaliňák of Smer told the Sme daily. “The party is not a sect.”

Jánoš has resigned his parliamentary seat after someone published audio recordings on the internet March 3 in which he verbally abuses and threatens his wife. Jánoš also resigned as Smer district chief in Prievidza.

Meanwhile, the lawyer representing his wife Iveta has filed a complaint with the General Prosecutor Office against Jánoš for alleged blackmail, threats and coercion. Police late on March 4 also seized legally held firearms belonging to Jánoš.

Jánoš spent four days in custody before he was released on bail, which was set by the judge at €20,000. He refused to comment on the case.

Police in Prievidza also charged two people with marring the justice, in connection with the Jánoš case: a lawyer and a doctor issued a false medical certificate claiming that he is not fit  to testify before police.

Jánoš faced domestic violence allegation as far back as 10 years ago. In May 2005, his wife Iveta filed a protest with Prievidza police, but next day she came to ‘add and complete’ her complaint, claiming she fabricated the whole attack.

“My husband forced me to tell police that I fabricated it after an hour of persuasion and threatening,” Iveta Jánošová told Sme. “I had to recall my testimony.”

As victims of domestic violence often recalled their testimonies because of fear or threats by their abusers with whom they shared a home, the government adopted legislation making impossible to recall such testimony in 2002.

“Harmed persons often lived with them [their abusers] in one household or were dependent on them,” lawyer Lucia Anovčinová told Sme. “In other cases abuser threatened them and made them to recall their approval with criminal prosecution.”

Police nonetheless found a way to bypass this measure and to ignore the complaint, Katarína Farkašová of Slovak Women Alliance told Sme. The Ministry’s inspection never checked into the police action.

Party does not plan further steps

Despite the incident Smer does not feel co-responsibility for what happened because Jánoš left parliament, several Smer MPs said, according to Sme.

Party spokeswoman Ľubica Končalová said that when he gave up his MP mandate and resigned from the post of district head of the party in Prievidza, Jánoš showed political culture and created space for an independent investigation.

Head of the Trenčín regional organization of Smer, Jaroslav Baška said the he does not understand why they should be interested in the mother and child of their colleague, according to Sme.

Sme daily wrote that Kaliňák also lied to protect his party mate Jánoš, by insisting that neither in Slovakia nor in any other country does the law acknowledge mental bullying.

“If a married couple or a joint household is quarreling then the Penal Order not only does not think about verbal quarrels but it perhaps is not part of any state’s legislation,” Kaliňák said, as quoted by Sme, adding that physical attacks are something different.

However, the Slovak penal code does allow for a prison sentence of eight to 13 years for emotional abuse, Sme wrote.

Jánoš has announced that he has filed a criminal complaint for slander and the infringement of the sanctity of intimate verbal expression, claiming that “many claims, half-truths and untrue claims” have been published in the media about the case. The couple are in the process of divorce.