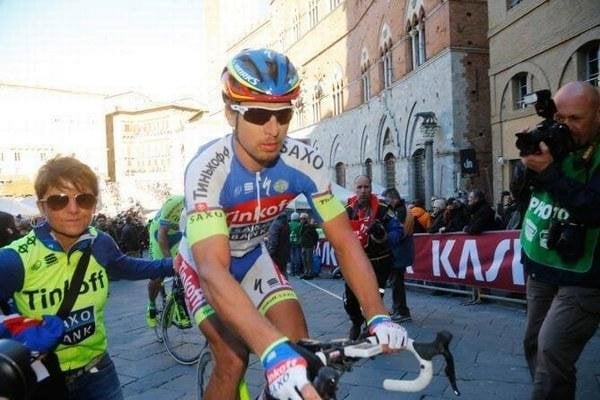 “Today was quite a successful day,” wrote Sagan on his Facebook profile. “Riders from Etixx [team] pulled since the beginning and during the last 40km were pretty nervous.”

Only Belgian cyclist Jens Debusschere was faster than Sagan who has still not won this season. Currently he has two second places, two fourths and two fifths. Competing on the Tirreno-Adriatico he is ninth overall.

The final sprint saw Cavendish lose control over a mechanical fault, and a crash ensued.

“It was very nervous, ... and I am happy that I wasn't involved in any crash,” Sagan wrote.

Sagan further stated that he likes the upcoming stage which he will ride on March 13, because he won it in last year.

“So I will try my best again tomorrow,” he wrote.