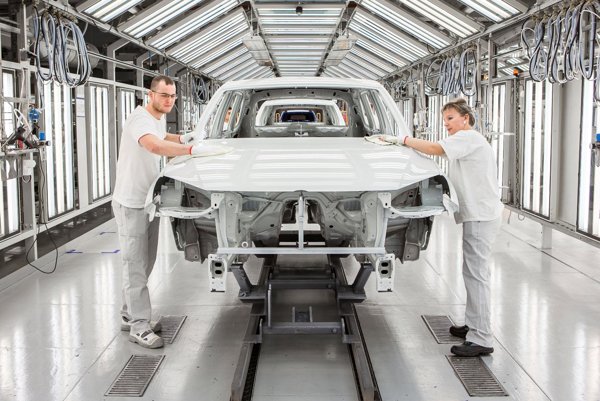 “The year 2015 will be a challenge for Volkswagen Slovakia,” Albrecht Reimold, the president of the board of directors of Volkswagen Slovakia said at a press conference on March 16. “We are starting production of the new Audi Q7. Thus we will become the plant which as the first one in the world will start manufacturing a diesel-driven plug-in hybrid car – Audi Q7 e-tron.”

Volkswagen Slovakia (VW SK) manufactured a total of 394,474 automobiles in 2014, a drop from over 426,000 manufactured in 2013. The carmaker ascribes the drop to the launch of new productions as well as the volatile car market when the decline of car sales on some markets including Russia affected also car production in Bratislava.

Apart from preparation of new productions, VW SK reached record levels in the production of components in the factory in Martin and it opened the fourth factory of the company, in Stupava, in 2014. Here it started producing tools for its plants in Slovakia but also other plants across the world.

VW SK closed 2014 with a turnover of €6.17 billion euros and a pre-tax profit of €196 million, up from €176 million euros in the previous year. Investments amounted to €232.9 million last year while most of the investment was in the construction of a new body shop.

Exports of VW SK last year totalled €6.1 billion euros. The company exported 99.7 percent of produced cars while the largest markets were Germany with 33.7 percent, China with 17.5 percent and the United States with 11.3 percent.