THE ACADEMY of Performing Arts in Bratislava (VŠMU) has joined a three-year long international project within the Erasmus series, striving to explore the theatre form of puppetry, and also to improve communication with other artists and institutions. Results of the activities will be presented at the festival of puppetry colleges of the V4 countries – Meeting / Stretnutie in June 2015 in Nitra. 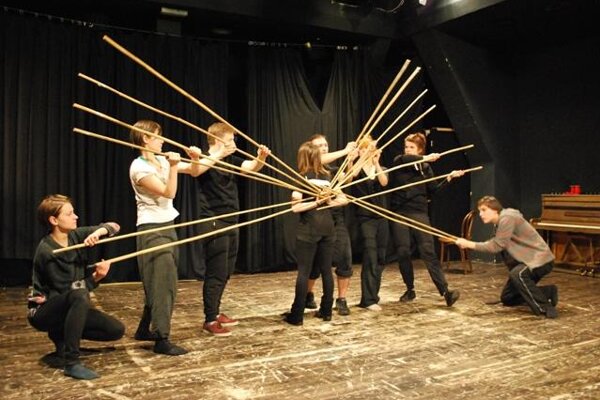 Partner schools are the department of Alternative and Puppet Theatre at the Theatre Academy of Performing Arts (DAMU) in Prague, the State Theatre Academy in Warsaw, Puppetry Department in Bialystok, and the leader, the University of Theatre and Film Arts in Budapest which also invited VŠMU to join in. The negotiations and first official meeting took place in November 2014 in Budapest, and implementation itself started on February 9 at all participating schools at the same time.

Nine students of the Bratislava academy will soon take part in the joint training of an international student team in Budapest, Bialystok and Prague, and 12 students of partners schools will then come to Bratislava, the TASR newswire wrote.

All the participants send their students to partner schools to join the creative training led by host lecturers. In Bratislava, it will be lecturer of the Department of Puppetry Department at VŠMU and art director of the Clowndoctors project Marika Kesckésová, and the head of the Slovak part, Ida Hledíková, theatrologist, reviewer and dramatic advisor.

The first part, called Me, the Puppet, explores creative processes in the context of contemporary experimental puppet theatre and all the various forms connected with it.

Results of the workshops, trainings and other activities will be presented at the festival of puppetry colleges of the Visegrad Four (Hungary, Slovakia, Poland, the Czech Republic) countries – Meeting / Stretnutie that will be organised in June 2015 by the Old Theatre of Karol Spišák in Nitra.