HEALTH Minister Viliam Čislák has not presented any measures or dates until which he wants to stop the ineffective and non-transparent use of money in the health sector, President Andrej Kiska said after their meeting. 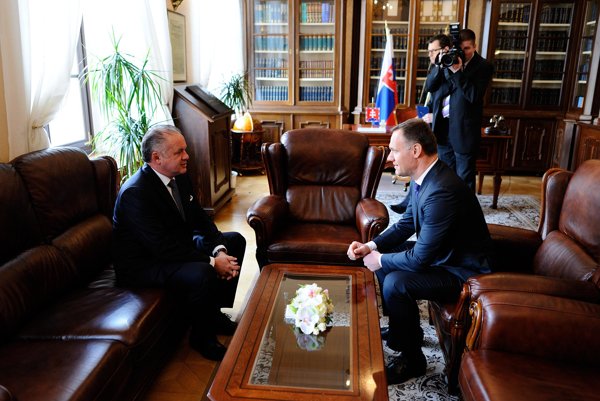 It was the first time Kiska publicly commented on the meeting with some of the ministers. Analysts say that Kiska named the problems correctly, the Sme daily reported in its March 17 issue.

“As a president I perceive it as my right and duty to ask whether we will do something with it so our health sector can care about its only and main task – to cure people,” Kiska said, as quoted by the TASR newswire.

The president also criticised Čislák for his recent statement on the political talk show Sobotné Dialógy (Saturday Dialogues) broadcast by the public-service RTVS in early March. He said that he considers last year’s case with the overpriced purchase of a CT device by the Piešťany hospital, which cost his predecessor Zuzana Zvolenská her job, a pseudo-scandal. Such declaration turned all the personnel changes which followed into a political theatre , as reported by TASR.

The president also pointed to other problems in the health sector, including a bad atmosphere between doctors and patients, a missing DRG system (which sets financing of treatment based on diagnosis) and vague conditions of signing deals with health care providers. Also the European Commission criticised Slovakia for this in its February report.

“We are missing the directly implemented standard diagnostic and medical procedures which are common norms in other countries,” Kiska said, as quoted by Sme. “This is in the end the cause for the worst; the useless deaths of our people.”

The president also criticised the state-run health insurer Všeobecná Zdravotná Poisťovňa (VšZP), saying that the signing of agreements with medical facilities is “unclear, clouded with information about personal relations and contacts, about where you can agree on what, and where one sits for whose interest”, as reported by Sme.

Čislák called the president’s comments a media appearance prepared in advance which did not correspond with the content of the meeting.

“As a minister I realise that a 25-year legacy of problems in the health sector is the topic which the public perceives very sensitively,” the minister said, as quoted by TASR, adding that they face this challenge. “Regardless of the speech of president, who has no responsibility and competences in the health sector, the government will fulfil its programme statement in this area.”

Čislák in this respect also mentioned that Kiska forgot to tell the journalists about the revitalisation plans of hospitals. The most famous of them, planned for the Žilina hospital and worth €10,000 was, however, made by the boilerman, Sme wrote.

According to Dušan Zachar of INEKO think tank, the president correctly named several problems of the Slovak health sector. Also Tomáš Szalay of the Health Policy Institute agreed and added that the government “does not have a clue what to do with the health sector”, as reported by Sme.