Slovakia should decrease its taxes

SLOVAKIA’S government should focus on reducing the tax burden on labour and continue in improving tax collection in the coming years. 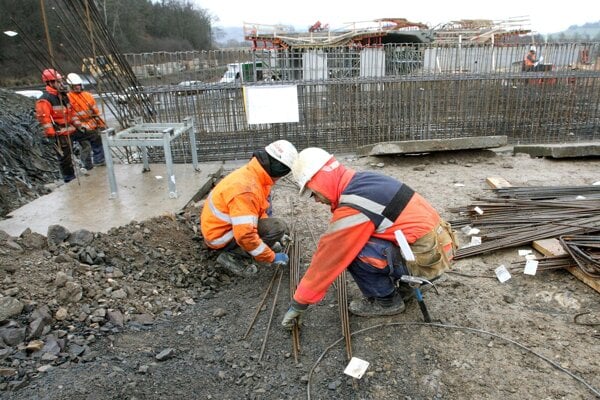 These are the main recommendations of the study on the tax system compiled by the Financial Policy Institute (IFP), which runs under the Finance Ministry, and the Organisation for Economic Cooperation and Development (OECD). However, it does not seem that the Finance Ministry would decrease taxes in near future, the Sme daily reported.

One of the main challenges for Slovakia will be to continue in improving the VAT collection.

“The losses from VAT are impacted by relatively high limit for VAT registration, calculated, but also unpaid VAT, and an inappropriately high number of excessive deductions which indicate fraud,” the study reads, as quoted by the TASR newswire. According to it, the low success rate of the tax collection is concentrated in wholesale and retail, logistics and warehousing, construction, industry and professional services.

The IFP and the OECD also prepared a micro-analysis of possible implementation of lower tax rate on food and drinks in Slovakia.

“Its results point at the fact that up to 35 percent of total lost incomes from reduced tax rates would lead to benefits for richer families in the three highest deciles, compared to 25 percent in case of low-income households,” the study reads.

Slovakia also needs to improve the tax collection from corporate taxes. The OECD recommends decreasing the tax, which would contribute to better competitiveness of the country. According to OECD, Slovakia needs an impulse in form of broader structural reform similar to implementation of the deductible item when calculating the health transfers, TASR wrote.

It also proposes to decrease the payroll taxes or increase the taxation of property.

“The document represents the opinions of its authors from the IFP and the OECD,” Finance Ministry spokesperson Martin Šanta responded, as quoted by Sme. “They do not have to necessarily reflect the official opinion of the Finance Ministry or the OECD.”

He added that the talks about the tax rates in the country always depend on the budget and economic possibilities.