SLOVAK cyclist Peter Sagan won his first stage after 261 days. He triumphed in the sixth leg of the Tirreno – Adriatico race from Rieti to Porto Sant'Elpidio which is 210 kilometres long. 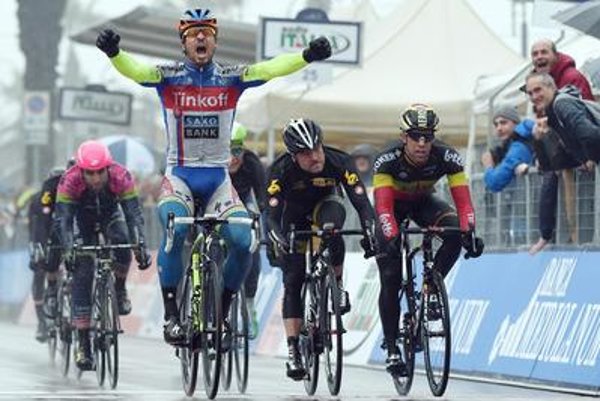 It was his first victory of the season and in the jersey of the Tinkoff-Saxo team, the TASR newswire reported.

“I have to thank the whole team,” Sagan said, as quoted by TASR. “It did a good job today; it was a difficult stage, not because of the character, but the weather.”

Sagan won with a time of 5 hours and four minutes, defeating German Gerald Ciolek and Belgian Jens Debusschere. He triumphed in the final sprint and took over the leading position in the scoring contest. It is possible he will win it, as only the final time trial is left to be held on March 17. He also received six more points in the UCI ranking, the SITA newswire wrote.

Regarding the overall rankings, Sagan is currently in 46th place.